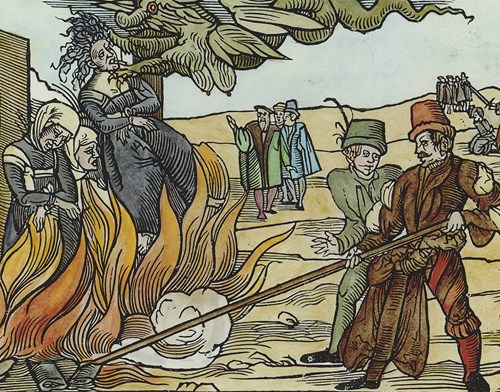 A Norwegian opera about the witch trials, in a concert performance

Anne Pedersdotter, by Edvard Fliflet Bræin (1924–1976), premièred at the Norwegian National Opera in 1971. Since that time, the opera has been produced on a number of occasions and has become something of a classic in Norwegian operatic history.

Anne is married to the well-known priest Absalon, a much older man. Absalon has a son, Martin, from a previous marriage. Martin is the same age as his father’s new wife. Sparks fly when the two first meet each other. But is this the work of Satan?

Anne was accused of murdering the bishop of Bergen, so that her own husband could take his place. She was later accused of killing six other people – and a pear tree – through the powers of witchcraft.

Anne Pedersdotter takes us back to the brutal witch-hunts of the 16th and 17th centuries. Around 50, 000 people lost their lives during the European witch-hunts between 1500 and 1750. Some 310 people were executed for witchcraft in Norway, between 1578 and 1695. Anne Pedersdotter (ca. 1530–1590), from Bergen, was one of these. She was burnt as a witch at Nordnes in Bergen, on April 7th, 1590. The circumstances of her trial and death are among the best documented in Norway.