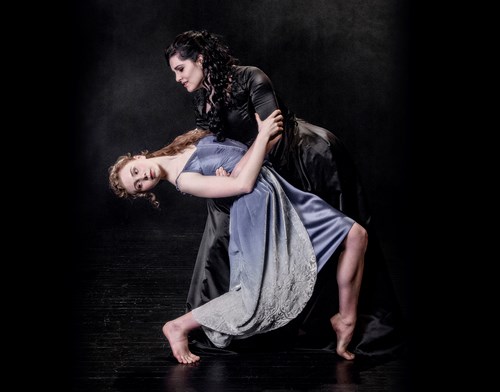 Opera and ballet come together

Henry Purcell's famous short opera Dido and Aeneas contains equal parts dancing and singing when a dancer and choreographer take over the director's chair. The chamber orchestra Barokksolistene also contributes to the performance.

“This is a dream project for me,” he says. “My father was an opera singer and my mother was a dancer – when I was growing up, singing, dancing, music and theatre all blended together. My aim is to create a performance in which the art forms are completely equal, with neither dancing nor music dominating over the other.” It is the first time Andreas has been responsible for both directing and choreographing an evening-length production at the Oslo Opera House.

A betrayal greater than love

The story is based on the Roman epic poem The Aeneid, written by Virgil. Aeneas, Prince of Troy, and Dido, Queen of Carthage, are in love, but their relationship is opposed by powerful forces. A sorceress aims to break Dido's power and destroy the city. She tricks Aeneas into leaving Carthage, and Dido is furious. Aeneas changes his mind, but for Dido, the betrayal is too much. She sends him away and remains on-stage in despair, to the tune of “Dido's Lament” – one of the most heartbreaking arias in the history of opera – before committing suicide.

In our production, Dido and Aeneas have no royal standing, and the sorceress has no magical powers. They are simply people who are tested by love, power and jealousy.

Dido and Aeneas was written in the 1680s and is one of the most famous works by the English composer Henry Purcell. The opera retains its popularity over 300 years later thanks to its elegant melodies and harmonies. It is a work that has always inspired new interpretations, including dance performances. This time, the story will be told by means of dancing and singing combined.

Barokksolistene will be on-stage, performing as both musicians and actors. Under the leadership of violinist Bjarte Eike, this chamber orchestra, which specialises in English Baroque music, has enjoyed great international success. Providing a unique blend of 17th Century classical music and folk music, the ensemble is equally well known for their virtuoso musicianship and their wild, informal performances.