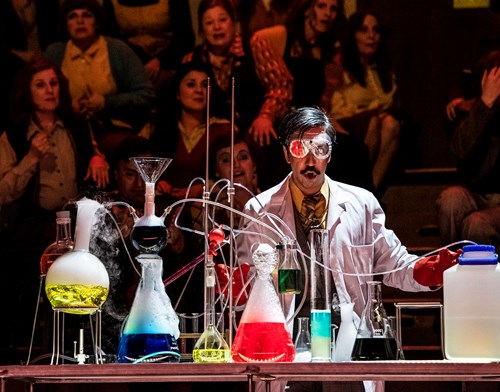 L'elisir d'amore is all about the wonderful intoxication of both love and wine. Italian composer Donizetti’s most beloved opera will make you warm and happy!

In love with the teacher

Director Oliver Mears places the action at a British college in the 1970s. The slightly nerdy student Nemorino falls madly in love with the young teacher Adina when he hears her read stories about Tristan, Isolde and the love potion that brings them together. But it appears that Nemorino does not have a chance, especially not when the handsome Sergeant Belcore shows up to enlist young men for service. That’s when the science teacher and quack Dulcamara propose a quick fix in the form of a love potion! 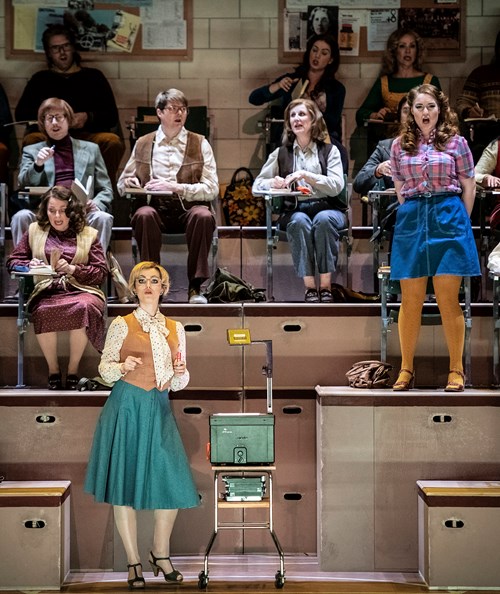 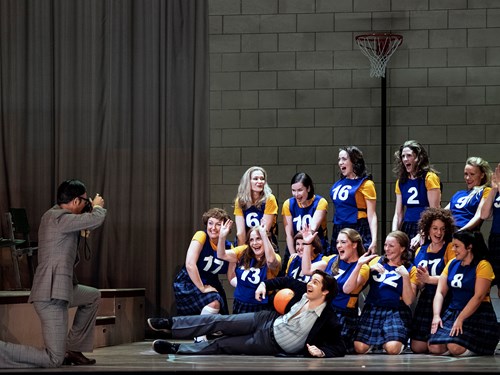 Donizetti wrote L'elisir d'amore in a little less than six weeks and the story mirrored his own life: like Nemorino, Donizetti avoided being drafted into military service because a wealthy woman bought him out. The opera premiered in Milan in 1832 and was an immediate success.

Like Rossini and Bellini, Donizetti is referred to as a representative of the bel canto style. Bel canto is Italian for ‘beautiful singing’, but also refers to a period in opera history and a special type of opera singing in which the singers demonstrate their skills in impressive runs and sparkling melodies.

Based on a production by the Northern Ireland Opera

Free introduction one hour before the performance