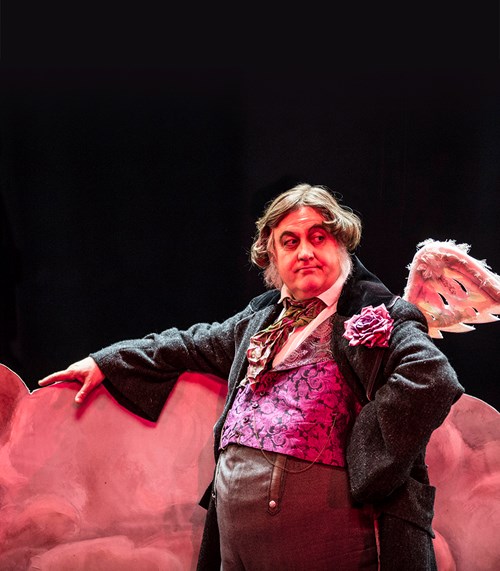 An effervescent and lavish public success!

If you have never been to Opera before, this is the perfect performance to begin with!

Stefan Herheim’s entertaining and lively version of Rossini’s La Cenerentola was a great success when last performed here in the spring of 2017. Critics both here and abroad were exuberant in their praise: «The result is exquisite. Go to the Opera, if you can», and «When the performance ends, you wish it would just begin again!» are just some of the reactions.

In other words: You really must see this performance!

This isn’t a children’s show, but older children will understand the action and enjoy the opera. 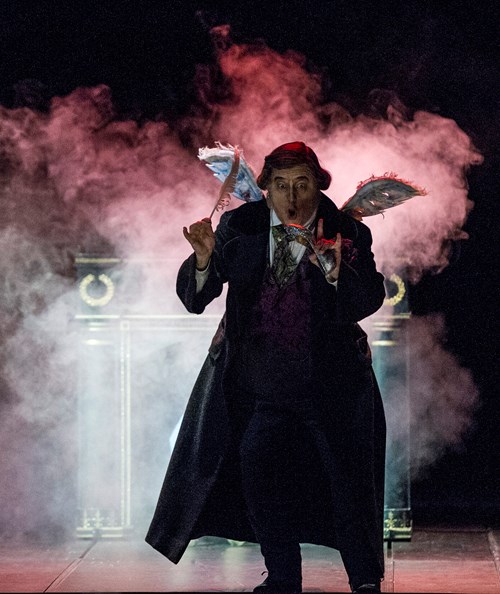 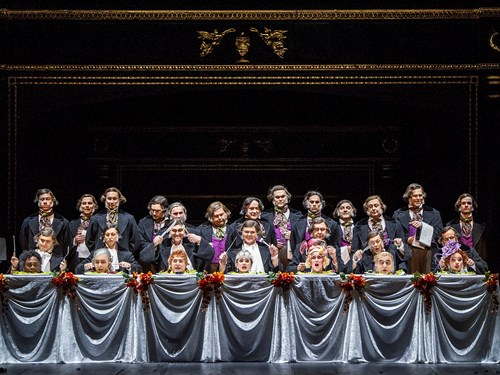 The story of the servant girl who is magically transformed into a princess exists in many forms. In this version of Cinderella the composer himself, Gioachino Rossini, makes an appearance and demonstrates how true magic can be found in the human singer’s voice.
The operatic version of Cinderella is somewhat different to Disney’s, but no less entertaining, adventurous or colourful. You get the added bonus of Rossini’s timeless and beautiful music!

Gioachino Rossini was the man behind and king of the Italian bel canto tradition that reached its peak at the start of the 1800s. The tradition’s objective was to highlight the ultimate beauty of the human voice through breakneck-paced arias and impressive coloraturas. Rossini’s bel canto operas culminated in La Cenerentola, which he composed in just 24 days in 1817.

This was the year that followed the huge success of The Barber of Seville, and the 25 year old composer was at the height of his career. His music made audiences go wild – women fainted and had to be carried from the opera house – and its intensity grew and grew, creating a hypnotising effect and earning Rossini the nickname ‘Monsieur Crescendo’. Like a huge locomotive that sets great machines in motion, or the sound of the industrial revolution as it approached the cities of Europe, La Cenerentola is introduced by music full of energy.Norwegian star director

Since the success of Julius Cæsar at Youngstorget in 2005, Stefan Herheim’s opera productions at The Norwegian National Opera & Ballet have attracted significant attention. His versions of La bohème, Lulu, Tannhäuser and Salome roused, engaged and entertained audiences in an interplay between references and reflection on one side, and musical playfulness on the other.

“The most spectacular opera production ever to be performed on Norwegian soil,” wrote NRK of Tannhäuser. The prestigious Opernwelt magazine has also appointed Herheim ‘Opera Director of the Year’ a full three times – in 2006, 2008 and 2010. Herheim has attained a significant position in the international opera scene, with productions at festivals in Bayreuth and Salzburg, and at Staatsoper Berlin, Komische Oper Berlin, La Monnaie in Brussels and Nederlandse Opera, and at the opera houses of Stuttgart, Graz and Lyon.