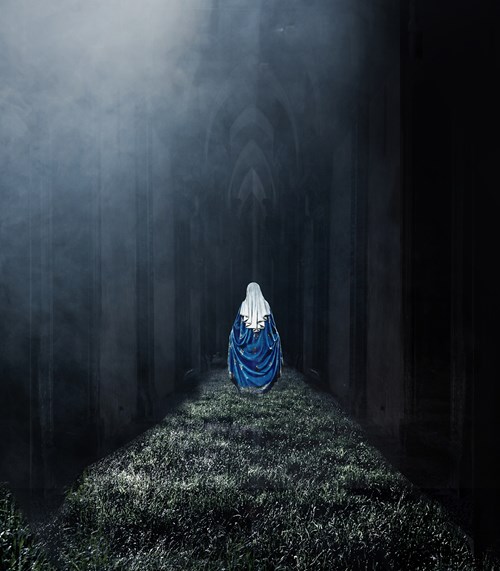 A short and intense operatic experience

In little under an hour, Puccini’s Suor Angelica demonstrates how music can stir our most profound emotions. The opera concerns the power of a mother’s love, and of losing that which you hold dearest.

In Isabella Bywater’s new production, we are taken to a convent in the mid-1960s. The nuns there discuss their desires, but Sister Angelica claims that she has never truly desired anything. This is a lie, because every single day since she arrived at the convent seven years ago, she has longed for her son, who was taken from her. When her aunt comes to visit and informs her that the little boy died several years ago, Angelica’s world collapses. 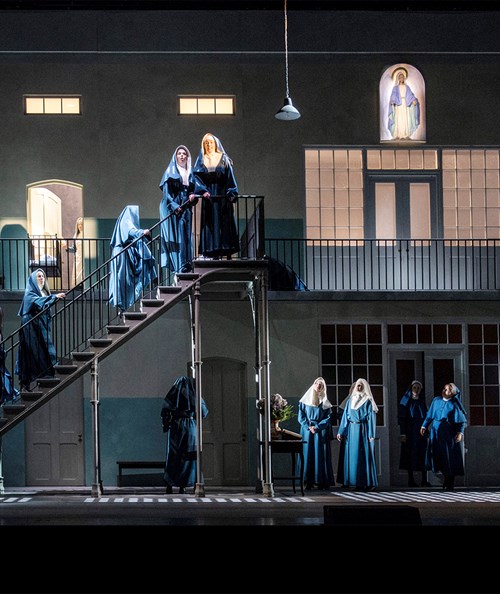 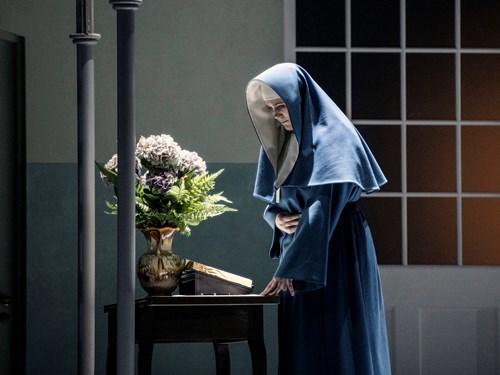 Three short operas in one piece

The composer Giacomo Puccini (1858–1924) crafted some of the world’s most performed and best-loved operas, such as Madame Butterfly, Tosca, and Turandot.

Suor Angelica was written as a part of the trilogy Il Trittico, which also includes Il Tabarro and Gianni Schicchi. This one act opera was to be a contrast to the dark and melodramatic Il Tabarro.

This short opera contains one of the most beautiful arias Puccini ever wrote for a soprano voice, «Senza mamma», in which Angelica describes the sorrow of not being there for her son when he died. Suor Angelica is also special because it was written for female voices. The piece premièred as a part of Il Trittico at the Metropolitan Opera in 1918 – just one month after the end of the First World War – and was Puccini's penultimate operatic work.

Place: A convent in Ireland

Suor (Sister) Angelica remembers the day in the convent when her baby was taken away by his new adoptive parents.

The sisters emerge from the chapel and go about their daily routine. Sister Genovieffa is excited because this is the first of three evenings each year when the setting sun strikes the fountain turning the water golden. But the joy subsides when the sisters are reminded that this is also the anniversary of the death of Sister Bianca Rosa. Sister Genovieffa suggests they pour some of the «golden» water onto her grave; Bianca Rosa would wish that. Sister Angelica points out that wishes are for the living.

When the sisters are discussing what they are longing for, Angelica claims to wish for nothing. The sisters round on her, declaring she has lied, because they know she longs to hear from her family, whom she has not heard from in seven years since she was sent to the convent in punishment.

The bullying is interrupted by the arrival of the Infirmary Sister, who asks Angelica to help with a remedy for wasp stings. Angelica becomes agitated when hearing news of a visitor. The Abbess announces Angelica's aunt and reminds Angelica to behave and that the Virgin Mary is always watching.

The aunt (La Principessa) explains that she has come because Angelica's sister is to be married and Angelica needs to sign a document renouncing her claim to her inheritance. Angelica is shocked that her little sister is already old enough to be married. She tells her aunt she has repented her sin and wants to hear about her son who was taken from her. Her aunt informs her that her son died of fever two years ago. Angelica, devastated, signs the document and her aunt leaves.

Angelica becomes desperate and believes she hears her son calling for her to meet him in paradise. She prepares for her death and drinks poison, remembering too late that suicide is a mortal sin and she has damned herself to eternal hell, so will not be reunited with her son. She begs the Virgin Mary for mercy and, as she dies, she believes she is forgiven.