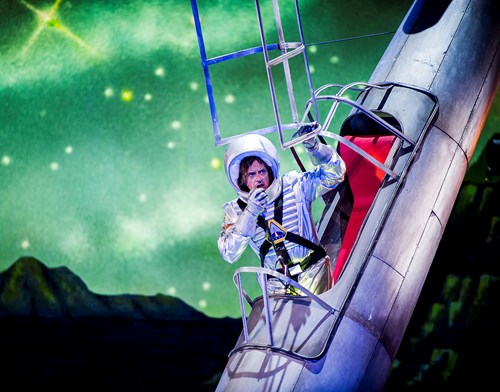 The light-hearted atmosphere from the original performance

Welcome to a fantastical universe filled with the music of Mozart, beautiful princesses, strange creatures, magical notes, wizardry and nonsense!

The story takes place on a strange planet in a far-away galaxy, the planet where our hero, Prince Tamino, has crashed his spaceship. Papageno reluctantly becomes his companion. Together they set out to rescue Pamina, the daughter of the Queen of the Night. She is being held prisoner underground, where the men of the planet are entrenched. These include her father, Sarastro. Our version of The Magic Flute plays out as a divorce-drama in space. 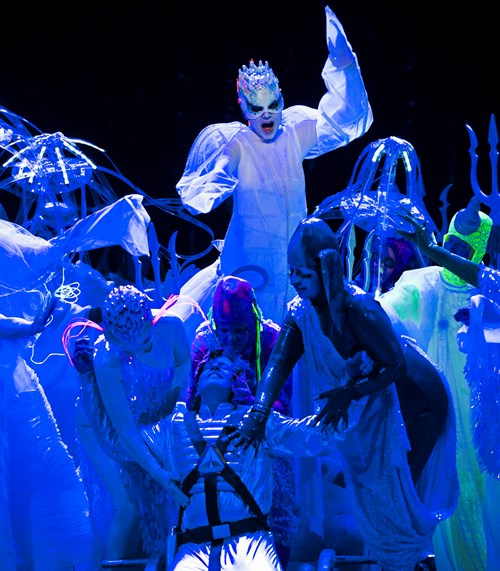 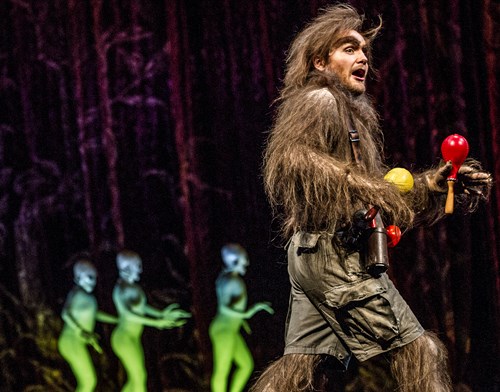 Stage director Alexander Mørk-Eidem is known for his re-creations of classical works in new settings. Like in his successful dramatizations of Peer Gynt at the National Theatre and An Enemy of the People at the Stockholm City Theatre, he searches for the stories’ original intent to make them more relevant to our time.

«I like to move the classics in time and space, and make new performances out of old works. In The Magic Flute I try to re-create the light-hearted atmosphere that must have filled the theatre when the opera was first performed», notes the stage director.

Mozart’s singspiel was originally performed in German, the composer’s mother tongue, in order to reach the popular masses, with singers and actors side by side on the stage.

Mørk-Eidem has edited the Norwegian translation of Emanuel Schikaneder’s text himself in a way that lets comedy take the lead, like in the original premiere in 1791. Back then, the role of Papageno was sung by a comedian, namely the librettist himself.