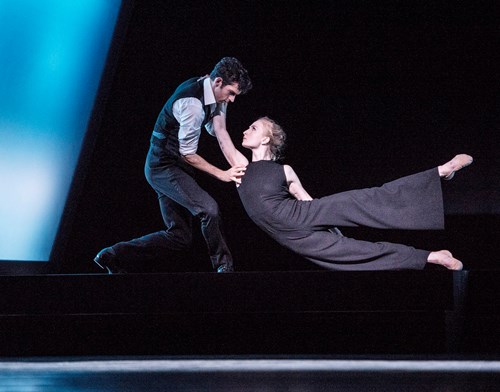 Hedda Gabler returns from success at the Bolshoi Theatre

After touring to the Bolshoi Theatre, the Norwegian National Ballet returns to Oslo to delight home audiences with its performance of Hedda Gabler.

The internationally sought-after Ibsen ballet was created by director Marit Moum Aune in 2017, with music by Nils Petter Molvær.

«With perfect lines and talking feet, the Norwegian dancers turn this into a separate work of art,» wrote the Russian daily newspaper Izvestija after the tour to Moscow's Bolshoi Theatre last fall.

«Grete Sofie Borud Nybakken not only possesses the suitable psychophysics (a type of outwardly cold, inside – an impressionable, but always ruthless beauty), but also an expressive dance that contains both transformed elements of classics and “decadent” details of contemporary dance,» wrote Russian Classical Music News.

The successful ballet production was praised by Norwegian and international critics already after the original premiere in 2017, and has also been made into a movie by the French film company Bel Air. Now, audiences will have the opportunity to experience both Hedda Gabler and Ibsen's Ghosts on the Main Stage where the Ibsen ballets were once created. 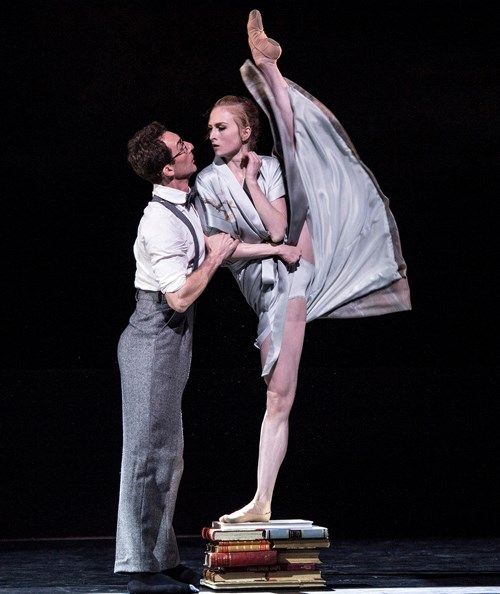 Hedda Gabler is raised as a boy by her father, General Gabler. She is taught that she owns the world, so when she encounters locked doors as an adult, the disappointment is unbearable. She has returned home after a long honeymoon in Europe with her husband, Jørgen Tesman, and is bored. Everyone around her wants to limit her options and their expectations are beginning to suffocate her. When her former lover, Eilert Løvborg, shows up with a book manuscript in his bag and her childhood friend Thea Elvsted at his side, Hedda reacts in a manner that is dangerous for both herself and others.

Grete Sofie Borud Nybakken personally contributed to the role of Hedda Gabler – and has been overwhelmed with words of praise on her efforts. «Borud Nybakken performs a tour de force that is fascinatingly rigid yet simultaneously velvety smooth. She is on stage almost continuously and carries the performance with her strength and expressiveness,» wrote Aftenposten.

«She is stone cold but with burning rage – yet without compromising on her tenderness,» wrote Morgenbladet. «A rare dance performance,» the international magazine Seeing Dance wrote.

Nybakken, who has demonstrated an amazing degree of fitness in recent years, claims that the role has changed her, both as a dancer and a person. Audiences now have a new chance to experience her as Hedda on the Main Stage. 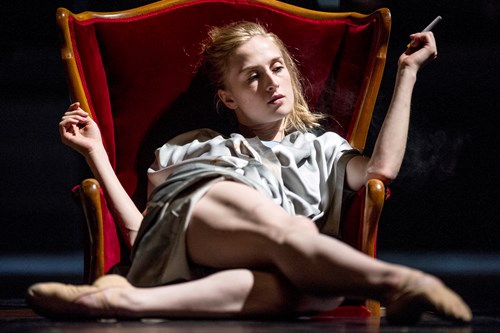 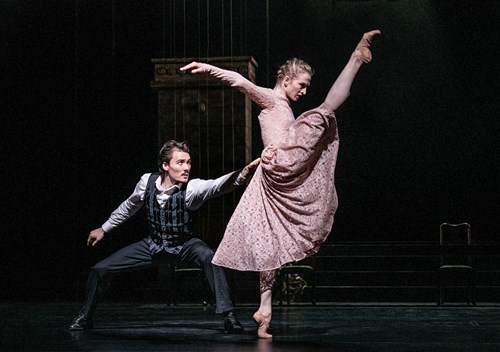 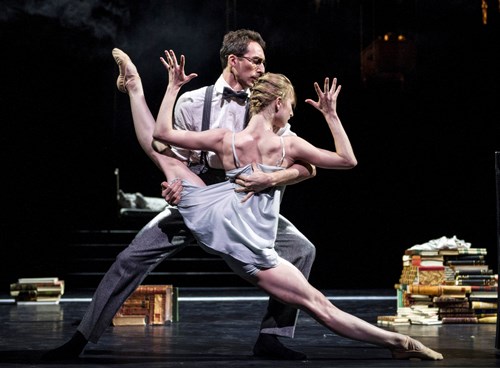 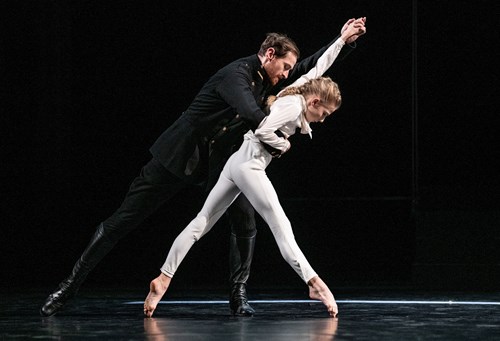 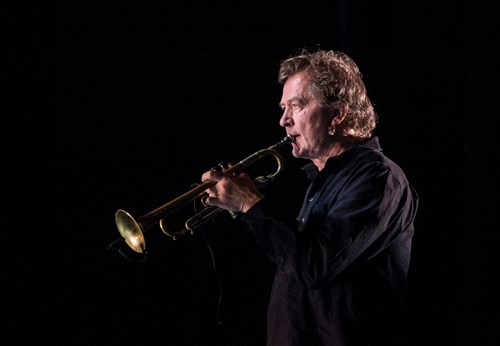 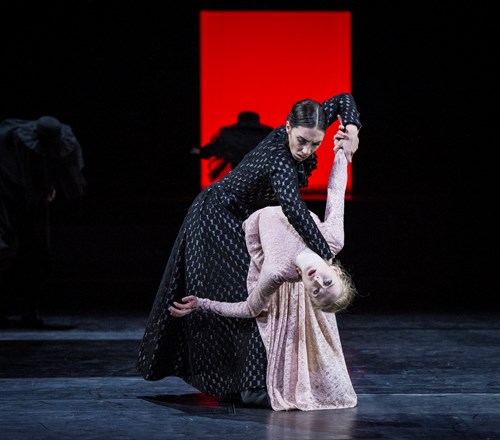 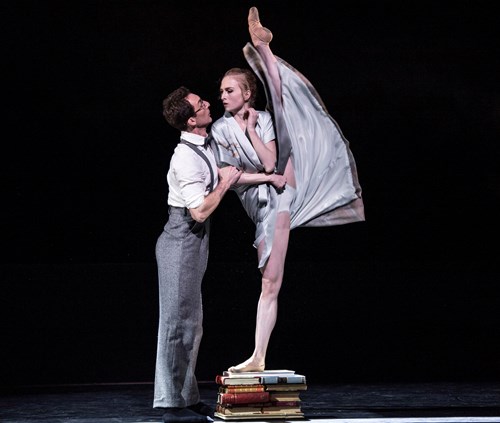 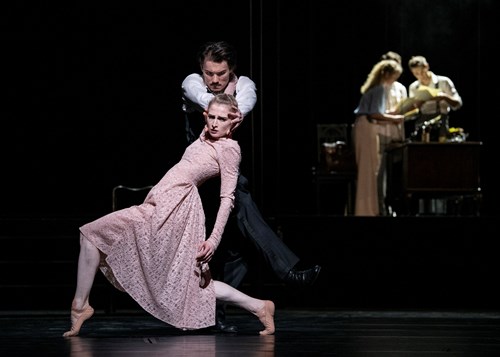 Hedda Tesman is the daughter of general Gabler, who has died, leaving her without a fortune. Hedda is in her late twenties, and after years of an active social life among society’s elite, has married Jørgen Tesman, an art history scholar. Jørgen grew up with his two aunts, Julle and Rina, and now hopes to receive a professorship at the university.

When the drama begins, Hedda and Jørgen have just returned from a six-month honeymoon. Jørgen has spent this time studying and doing archival work, but Hedda confides to assessor Brack, a friend of the family, that she spent most of the trip bored. Despite her clear dislike of her husband, Hedda has become pregnant — a fact which she has so far denied.

Upon returning home, Jørgen receives the unwelcome news that he will face competition for the professorship from Eilert Løvborg, one of Hedda’s former admirers. Løvborg is renowned as a gifted but alcoholic bohemian, but has in recent years lived a somewhat secluded life, and written two theses inspired by and in collaboration with Thea Elvsted.

When the action opens, Løvborg has arrived in town, bringing one of the manuscripts with him. Thea, who is deeply in love with Løvborg, has left her husband in order to follow him. In just two days, Hedda initiates a series of events that have dramatic consequences. She causes Løvborg to drink until drunk and attend a party held by assessor Brack. Amid the festivities, Løvborg loses the manuscript of his new book. Jørgen Tesman finds it, and entrusts it to Hedda’s care. But Hedda neglects to tell Løvborg that she has the manuscript. Instead, she gives him one of her father’s pistols so that he may take his own life ‘in beauty’, and burns the manuscript.

But Løvborg is killed in a brothel when the gun fires accidentally, and Brack, who knows where the pistol originated, uses this knowledge to try to blackmail Hedda into becoming his lover.

Elvsted and Tesman encounter each other through the work to construct Løvborg’s manuscript from the notes kept by Thea. When Hedda understands that she is at Brack’s mercy, and without purpose in life, she takes the other of the general’s pistols and shoots herself.