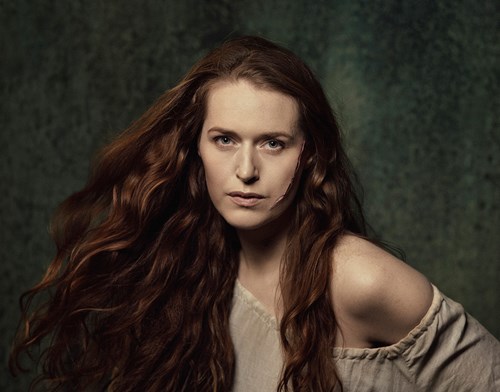 The most beautiful opera about the ugliest in us

The performance on April 9 must unfortunately be canceled due to illness. The tickets will be refunded, and everyone who has paid by card will receive a refund automatically via bank. Those who have paid in cash or with a gift card will be contacted by us.

Jealousy, anger, social control and murder - where is the limit to what you can forgive? Janáček's opera shows people at their worst - and their most beautiful.

We are in the countryside where Jenufa lives with her stepmother. Above them towers an old family mill, but also the gaze of the village inhabitants, religious dogmas, and strong codes of honor.

The beautiful, young Jenufa becomes pregnant and has her face mutilated. Out of love for her stepdaughter, the stepmother then commits a terrible crime, in order to regain Jenufa's freedom – and the family's honor.

Jenufa shows that people try to do good, but still make mistakes. The opera provides an intense psychological depiction of what lies between us. It contains some of the 20th century's most beautiful opera scenes, where charity is put to the test. For is it possible to forgive the unforgivable?

To those who may think that Jenufa is a depressing opera, think again! It portrays a burning hope for a better world and has made Czech Janacek one of the twentieth century’s greatest opera composers.

In our new production, Jenufa is staged by the accomplished director Keith Warner, with a star-studded cast of international and Norwegian soloists performing on stage.

To a dying daughter

Jenufa is based on the play Her stepdaughter (Jeji pastorkyna) by Gabriela Preissová. The opera was completed while the composer’s daughter Olga was seriously ill and Janacek just managed to perform it for her before she died. It was later dedicated to Olga and a father’s love for a young girl’s fate can perhaps be heard even more distinctly in the second and third acts.

Like in a film, there are no arias or numbers in Jenufa. Janacek wrote music that reflected real life in the early 1900s. He listened for the tones of melodies along the streets of his hometown of Brno. Where others heard only everyday chatting, Janacek could hear the undertones of tears, longing or love in the words spoken between people. We clearly hear this in Jenufa. The music takes us into the world of captivating Czech feasts and folklore.

Jenůfa is in love with and is secretly pregnant by Števa Buriya, whose family runs and owns the local mill. Jenůfa fears being shamed and punished by the villagers and prays that he will not be drafted into the army so that they can marry. Števa, having been let off conscription, returns drunk with a hoard of the new recruits and villagers. Along with the mill workers, an increasingly wild celebration ensues. Jenůfa’s stepmother, the Kostelnicka, silences the almost pagan revelry.  A sacristan of a local shrine, she talks to Jenufa of her violent, alcoholic husband and tells Števa in front of them all that he won’t be allowed to marry Jenůfa unless he stays sober for a year. Števa’s overbearing behaviour towards Jenůfa angers his half-brother Laca – a lonely, awkward figure, removed from any inheritance, who loves Jenůfa. When Jenůfa defends Števa, Laca becomes enraged. In a struggle, he accidentally slashes her face with a knife.

Half a year later, Jenůfa has been hidden away by her stepmother and has just given birth to a son.  The village has been told that she is away in Vienna. Kostelnička, has decided to confront Števa with his son and gives Jenůfa a sleeping draught and sends her to bed. Števa arrives and refuses to marry Jenůfa now that her face is disfigured. Moreover, he has become engaged to the mayor‘s daughter. Laca is next to arrive. He offers to save Jenůfa’s reputation and marry her but is reluctant to take on Števa’s child. Kostelnička then tells him that the baby died, and when Laca has left, she carries the baby out and drowns him in the millstream. When Jenůfa awakens Kostelnička explains to her that her son died while she had been in a fever following childbirth. Laca returns and asks again to marry Jenůfa. Kostelnička, extremely disturbed, gives her blessing and curses Števa, the cause of their misfortune.

Two months later, the villagers, including the mayor, his wife, and daughter, Karolka, Steva’s new fiancé, meet for Jenůfa and Laca’s wedding.  There is much tittle-tattle and gossip.  Kostelnička is about to bless the couple when shouts are heard. Jenůfa’s dead baby has been found in the frozen river. The crowd accuses Jenůfa of the murder until Kostelnička confesses. As the stepmother is led away, Jenůfa tells her that she understands why she killed the baby and forgives her. Jenůfa tells Laca that he may leave too, but still deeply in love with her, he promises to stay by her side. 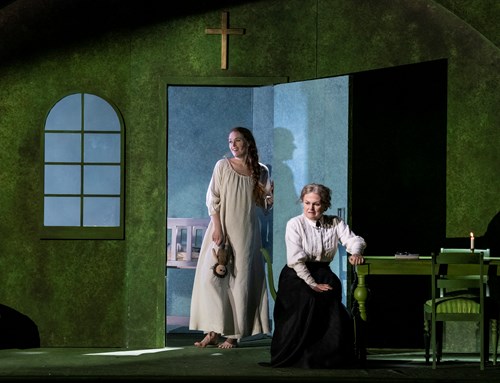 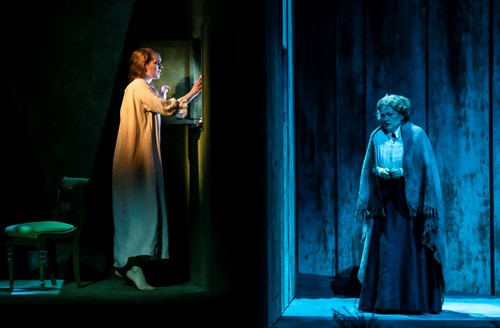 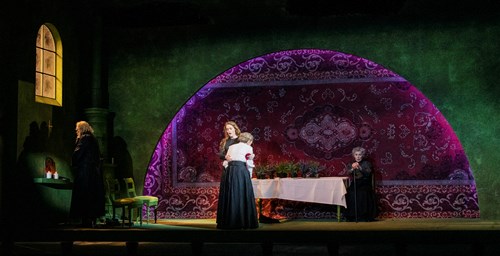 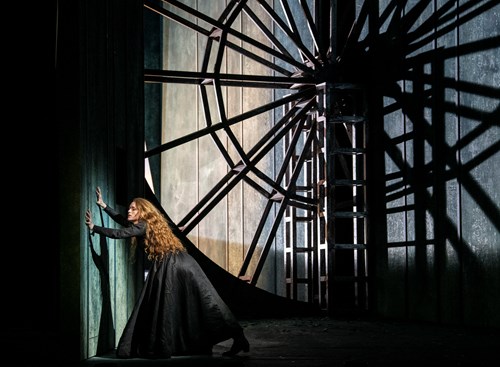 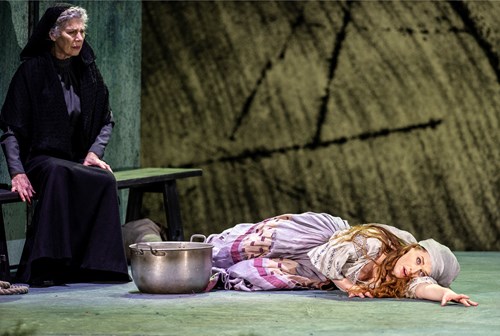 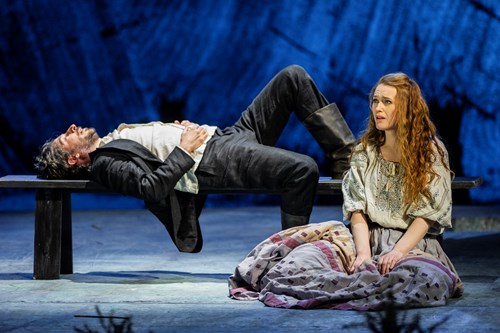 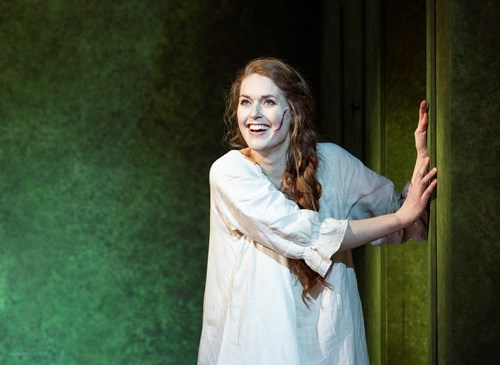 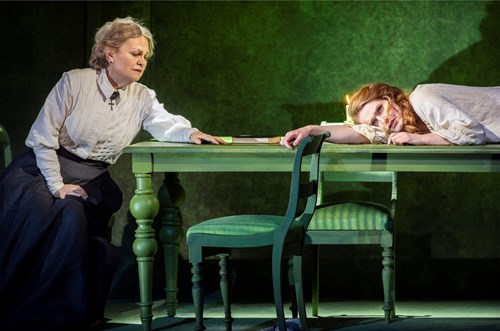 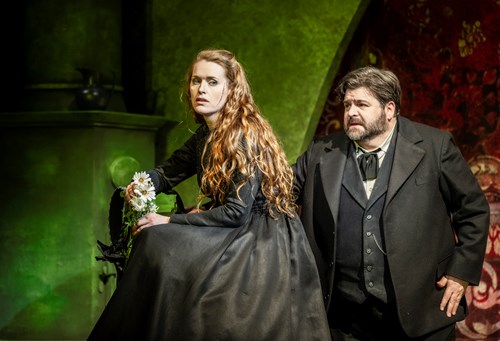 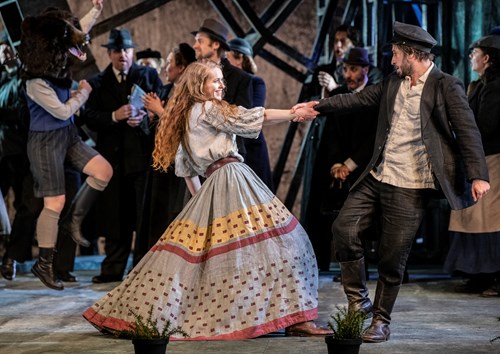 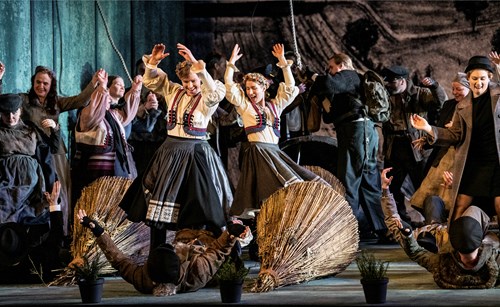 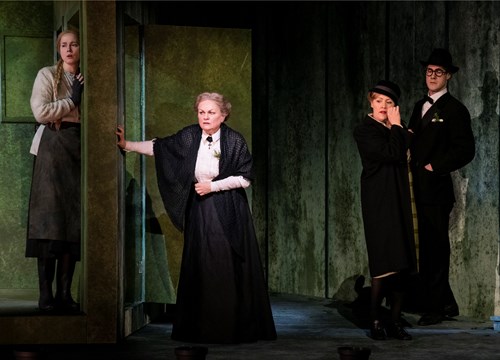 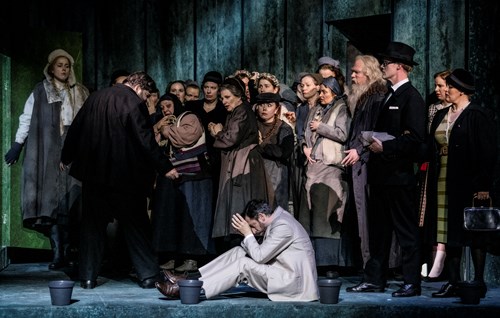