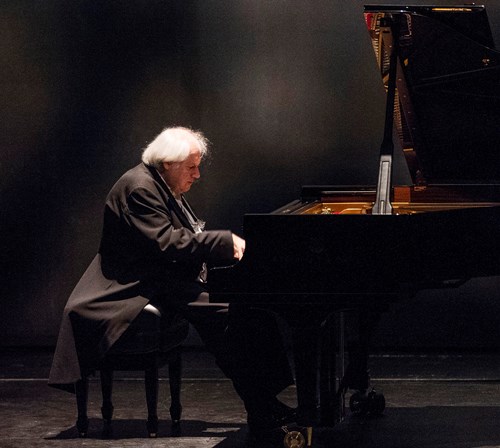 Phenomenal Sokolov is back

One of the greatest pianists of our times is returning to the Oslo Opera House with a programme in the spirit of humanism and hope. Anyone who has attended a concert with Grigory Sokolov knows it is an unforgettable experience.
Buy

During this concert, Sokolov will be performing Beethoven’s Eroica Variations, Brahms’ delicate Intermezzi and Schumann’s fierce Kreisleriana – the very heart of an epoch in which everything seemed to be possible.

Beethoven’s Symphony No. 3, also known as Eroica, is among his most famous. Packed with whirlwind heroism and triumph, the symphony was actually dedicated to Napoleon. But Beethoven removed his name in anger with the stroke of a pen when the French liberation hero proclaimed himself emperor.

The autumn years of life left their mark on Brahms’ last compositions. Whereas his creations during his youth were life-affirming and virtuosic, his final works were pensive, tender-hearted and deeply personal.

When he sent his piano works Opp. 116–119 to his friend Clara Schumann, her immediate response was: “In these pieces I at last feel musical life re-enter my soul, and I play once more with true devotion”. Sokolov will be performing Brahms’ three intermezzi, Op. 117 during this performance.

Few works so aptly reflect the Romantic era in 35 minutes as Schumann’s Kreisleriana. The work is based on E.T.A. Hoffmann’s insane character Kapellmeister Kreisler and his desperate pursuit of acknowledgement and confirmation of his own greatness. The work is dedicated to Frederic Chopin and in spite of contemporary criticism of the piece, it remained Schumann’s own favourite opus.