A place to belong

Missy Mazzoli and Royce Vavrek’s new opera The Listeners delves into why people time and again are drawn to cults that are harmful to their health and lives.

“At one point, it felt as if the entire United States had been sucked into a cult,” laughs Missy Mazzoli.

The year is 2017 and this American composer had just met with Oslo’s former opera director, Annilese Miskimmon. Mazzoli has been called the gate crasher of the opera world and Miskimmon in turn aims to create modern-day opera that people actually want to see. Mazzoli was high on the wish list. At this same time, the presidential election in the United States had reached its climax and the inauguration of Trump shocked an entire world. There is no lack of dramatic material for the opera stage.

What is it with cults?

“Dealing with powerful men like Trump is part of our time and the consequence of this is that we are increasingly divided as a society, increasingly drawn towards our own echo chambers. I wanted to create an opera about power imbalances and a middle-aged woman who finds herself in an extreme situation. When this is transformed into a dramatic distillate, the result can be summed up as a cult,” says Mazzoli about the starting point of the opera The Listeners.

Mazzoli and her partner in crime, librettist Royce Vavrek, wanted an original opera idea based on a cult.

“There are countless documentaries today about cults: Wild Wild Country about the guru Rajneesh, Holy Hell about the Buddhafield cult, Going clear about the Scientology church – the list goes on and on. I was interested in how some people, often men, become the leaders of such groups, how they manipulate their way to power and how they exploit vulnerable people. People give up everything to join these cults – their lives, their money, their secrets – even though the house of cards can collapse overnight. And yet this is repeated over and over again in smaller groups – and in our mainstream society,” says Mazzoli.

Canadian writer Jordan Tannahill was commissioned to develop the opera concept. He searched for an external and alienating reason that people join cults and in doing so, came across the mysterious phenomenon known as the ‘global hum’. This phenomenon plagues 4% of the global population and is described as a low-pitched hum that never ends.

“This idea lends itself perfectly to opera: it’s about sound and the soundscape that shapes our lives for better or for worse. And that is what opera is all about!” adds Mazzoli enthusiastically. 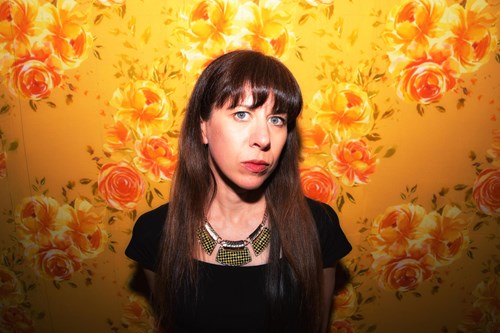 The sound of crisis

So, what does it sound like? ‘The global hum’ is best described by those who hear it. In a Facebook group with ‘listeners’, a woman in England reported how the sound was experienced at four in the morning this summer:

“The hum is absolutely incredible, deafening, very fast most powerful ever, pneumatic kicking... the house like being inside a huge engine exhaust pipe, my heart seems to be trying to keep up with it and is out of rhythm, surprised I am alive after last nights brutal kicking … over 4,400 days of hell and still it gets worse.”

“There are countless theories about where this sound originates. Is it underground wind? Is it whales? Is it industrial manufacturing? The government? Since we work with opera, it was only natural for the cause to be psychological. There is a reason that some people and not everyone hears this sound – and in our universe, it is because they are repressing something in their lives. Our main role, Claire – the math teacher who awakens one day with this unbearable sound in her ears – is living in a failed marriage. But more serious is that she is unable to deal with the fact that she is not living up to her potential as a person. The sound does not abandon her until she realises this,” says Mazzoli.

So how can this be translated into music?

“It’s a story about a woman who discovers her inner strength. She does not belong in the life she is living, she should be a senator, no, president! but she isn’t. What is the sound of someone realising that they possess great power? Triads! Triads in major keys that sound when you least expect them. And the baseline is quite groovy and repetitive and drives the drama forward. All of the characters have similar themes, which I’ve developed in line with their development,” explains Mazzoli.

We’re sitting with the entire artistic team behind The Listeners and Director Lileana Blain-Cruz comments,

“I get chills every time Claire sings to a coyote at the very start of the opera!  The music tells me that something is working its way from the surface ...,” says Blain-Cruz, loudly humming the theme. 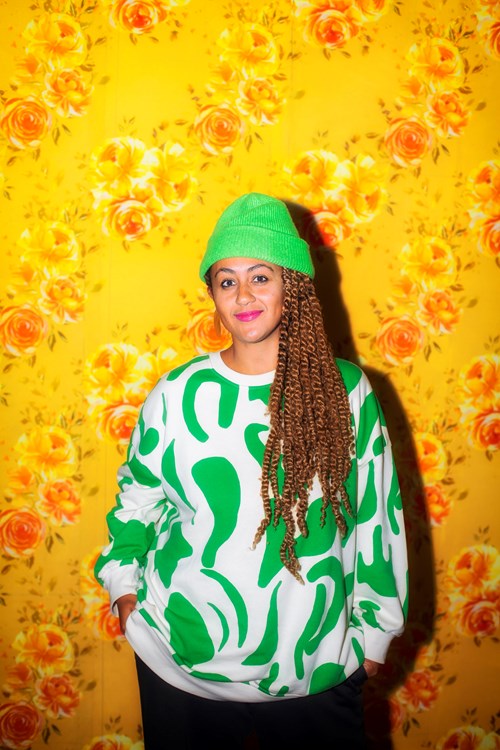 More than just a mum

So, there are not only painful, melancholic sounds associated with Claire’s suffering. Life in general is completely unbearable on the face of it. Confronted with the sound that will not leave her alone, Claire howls into the night, as she increasingly comes apart at the seams, losing sleep and coming across as insane to those around her.

“Female madness scenes are almost as old as opera itself and Claire’s howling at those who do not understand her has clear associations with that. Is Claire a reflection of the modern, hysterical woman? A woman defined as insane from the outside and driven to exclusion – because no one is able to accept what she is going through?

“A lot of great music has been written for the ‘hysterical woman’ in opera, but they do not end up like she does in The Listeners. I’m not going to give away too much here, but what I can say is that Claire really comes to grips with her situation – in a quite shocking way. I hope it makes the audience a bit uncomfortable,” says Mazzoli.

Claire is anything but perfect as a person and mother. The opera portrays a mother-daughter relationship in which the teenage daughter feels in many ways that she is losing her mum, who is no longer there for her, but instead completely caught up in her own situation. Is the Claire we encounter not first and foremost an individual and not a mother?

“I don’t care about whether I like those I write about, even if I believe there’s a lot to like and love about Claire. But I don’t want to reduce her to a female archetype who is first and foremost a mother, the one who cares for and nurtures others.

“In opera, we sing about our feelings. If you don’t have anything convincing to sing about, any difficult feelings to work through, it quickly becomes a rather bleak musical landscape. Writing complex music full of drama, theatre and life means taking these people seriously, and that is exactly what I have attempted to do,” says Mazzoli.

Gateway to a cult

In the opera The Listeners, Claire is cast out of the communities to which she belongs. She flips out on her students at school and is suspended, she strikes up an untraditional friendship with the student Kyle, which leads to ugly rumours, and she is no longer able to talk to her teenage daughter and husband. Kyle finds a group of listeners and in the hope of getting answers, they go to the home of Professor Howard Bard, the leader of the group.

“They are coming from a vulnerable and weak place and the sense of belonging they find in this group makes them feel powerful again,” says Royce Vavrek, who wrote the libretto. 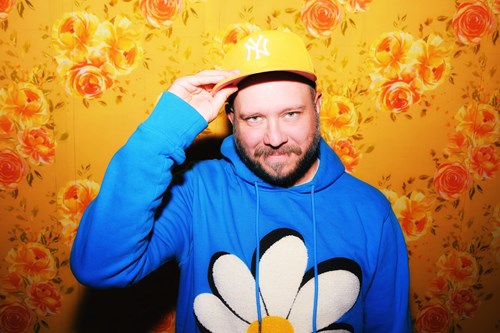 The group is led by Howard Bard, who strives to change the perspective of the members: they are to learn to live with ‘the hum’. Initially, it seems like a healthy strategy. The group meditates and focuses on controlling the sound in a group hum. This gives them an out-of-body experience, one that is beyond the intolerability of the sound.

“‘The hum’ has made each and every one of these people isolated and vulnerable. But Howard gets them to use the sound, to collectively control it – and there is tremendous power in that. He gets them to use mind control to fight the sound, while at the same time actually getting them to submit to his perspective,” says Director Blain-Cruz.

“That is what makes cults so fascinating. Those who join them feel powerful, not subservient. In a group based on good values, it is difficult to see that you are being manipulated and controlled by someone who wants to have power over the situation, like Howard Bard. What is it about us humans that can turn something as beautiful as community and belonging into a snake pit of abuse and oppression?” she asks.

A place to belong

Central to the opera is the need to belong, to be valued.

“We seek belonging in so much of what we do, in religion, in art and, of course, in love. How does a person end up in a love scam in which they are exploited for a residence permit, for example? The strong need to be seen, to belong, to feel you have worth, can make you blind. Even the smartest people can wind up in such situations, as these as among our strongest needs as human beings,” says Vavrek.

Blain-Cruz continues by saying that this is exactly what Kyle and Claire show us:

“There is a lot of power in seeing and being seen that can be exercised with love – or with violence. Kyle and Claire see each other as people, which is beautiful,” says Blain-Cruz.

“The opera has a refrain: ‘We all need a family that understands us’. There is something mysterious about this, since your first thought is that this refers to Claire’s immediate family: her daughter and husband. But Claire replaces her family with strangers, with whom she feels more at home. After having seen and read everything possible about cults in our day and age, this is what I believe is the essence: tremendous sympathy for why people seek out groups. I hope this is what people walk away with after the performance – not clear answers or judgement, but sympathy for those who end up in such situations.”