Highlights of the 2021/2022 season for Armenian baritone Gurgen Baveyan include series of concerts at the Ravenna Festival under the baton of Maestro Riccardo Muti following his earlier engagement to perform Schubert’s  Messe at Ravenna with Mo Muti last season. As a member of the ensemble at the Theater Basel, he sang the title role in Kirill Serebrennikov’s production of Il Barbiere di Siviglia, the role he also sang at Gran Teatro Nacional of Lima, Teatro delle Muse in Ancona and Teatro Verdi in Sassari.

Nominated as the ‘most sought after singer’ of the year by the OpernWelt magazine in 2018, Gurgen’s recent career highlights include the role of Don Alvaro in Il viaggio a Reims at both Gran Teatre del Liceu in Barcelona, at the Rossini Opera Festival in Pesaro, and in the golden hall of Musikverein as part of Juan Diego Florez & Friends Rossini Gala concert. He sang Dandini in La Cenerentola for the New Generation Festival at the Boboli Gardens in Florence and the role of Schaunard in La bohème at Stadttheater Klagenfurt. Gurgen was Michelotto Cibo in a concert performance of Die Gezeichneten at the Concertgebouw Amsterdam with the Netherlands Radio Philharmonic Orchestra and performed at the Festival of White Nights with the Mariinsky Theatre in St Petersburg.

As a member of the Opera Studio and later on as a guest artist at Oper Frankfurt, Gurgen has performed a variety of roles, most notably Il conte in Le nozze di Figaro, Marullo in Rigoletto, Cekunov/Small Prisoner in From the House of the Dead, Major Domo in Capriccio etc. In 2008-13 he was a member of the ensemble at the Armenian National Theatre and a guest artist at the Armenian Philharmonic Orchestra and Yerevan Opera Studio where he sang Silvio in Pagliacci, Ping in Turandot and Schaunard in La boheme, Moralès in Carmen, Belcore in L'elisir d’amore and Enrico in Lucia di Lammermoor.

Gurgen was a member of the Accademia Rossiniana at ROF, Pesaro, in 2017 and graduated from the Armenian State Conservatory and Hochschule für Musik und Darstellende Kunst in Frankfurt am Main, under the tutalage of Hedwig Fassbender.

He is the 2nd prize winner at the 2013 Pavel Lisitsian Competition in Moscow and the recipient of the Young Singer of the Year award from the President of the Republic of Armenia in 2010. 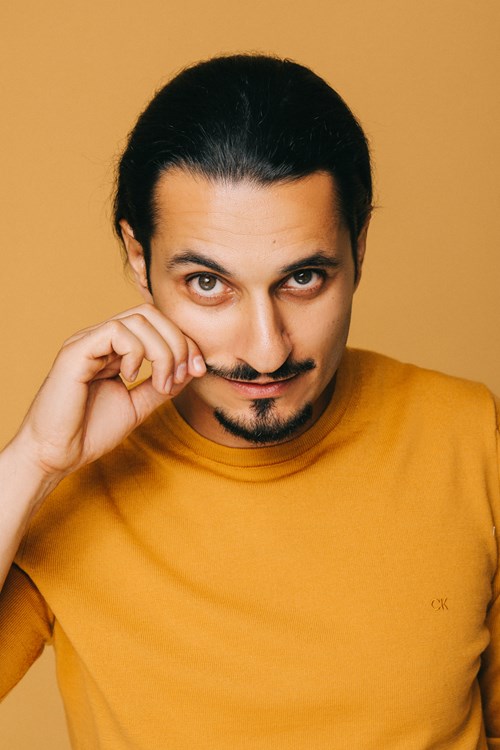