Johannes Weisser was born in 1980 in Norway. He studied at the Music Conservatory in Copenhagen and at the Royal Danish Academy of Opera in Copenhagen with Susanna Eken.

In the spring of 2004, at the age of 23, he made his debut at the Norwegian National Opera as well as at the Komische Oper Berlin, in both houses as Masetto in Don Giovanni. Since then he has established himself as one of the most exciting Scandinavian singers of his generation.

Johannes Weisser is a much sought after concert, oratorio and singer and he regularly appears in concert venues and festivals throughout Europe. He has a considerable repertoire that spans music from the early 17th Century works of Monteverdi up to 20th Century works of Weill and Britten. He is an exceptionally communicative “Lied”-singer. His concerts have attracted much attention and have been highly praised, notably the concerts with the pianist Leif Ove Andsnes.

Engagements in 2011 included Garzia in Attilio Ariosti’s La Fede nei tradimenti in Vienna, Siena and Montpellier, Arsitobolo in Handel’s Berenice at Theater an der Wien, Agamemnon in Gluck’s Iphigénie en Aulide in Athens, Achilla in Giulio Cesare at Theater an der Wien as well as at Théâtre des Champs-Elysées, Paris, Ramiro in Ravel's L'heure espagnole with Birmingham Symphony Orchestra, Haydn’s Die Schöpfung in Verona, arias by Mozart with the Norwegian Chamber Orchestra, Bach’s St Matthew Passion with Oslo Philharmonic Orchestra, Mahler’s Kindertotenlieder in Hasselt (Belgium), Bach’s Mass in B minor in Leipzig and Zürich, Bach’s Actus Tragicus in Tromsoe and Handel’s Messiah in Oslo as well as in Trondheim.

Johannes has recorded the title role in Don Giovanni, Telemann’s Brockes Passion, Haydn’s Die Schöpfung and Bach’s St Matthew Passion - all with René Jacobs, Haydn’s Applausus with Andreas Spering, Achilla in Giulio Cesare and Licaone in Handel’s Giove in Argo with Alan Curtis, David in Staale Kleiberg’s David and Bathsheba and a highly acclaimed CD with songs by Grieg. 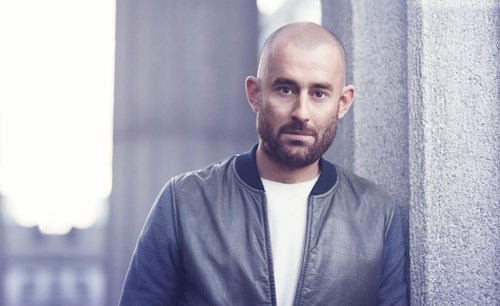