Heralded by the Dallas Morning News as an artist who "displays a voice of silken loveliness as well as graceful agility," Michele Angelini made his European operatic debut at the world famous Rossini Opera Festival in Pesaro as Conte di Libenskof in Il viaggio a Reims and has been thrilling audiences on leading international stages in the operatic repertoire of Bellini, Donizetti, Gluck, Mozart, and Rossini.
Nominated as Best Young Male Singer of the Year at the 2016 International Opera Awards, Michele Angelini’s 2019-20 season evidences his emergence onto international stages as one of the leading lirico-leggiero tenors before the public.  Rossini anchors the operatic diary of his season with La cenerentola serving the tenor as his debut at Seattle Opera as well as his return to the Royal Swedish Opera; concert performances of Il viaggio a Reims see him with Oper Köln and Semiramide with the Netherlands Radio Philharmonic Orchestra at the Concertgebouw in Amsterdam.  Additionally, he makes a role debut as Percy in Donizetti’s Anna Bolena at the Lithuanian National Opera Theatre under the baton of Sesto Quatrini.

Prominent house debuts of the 2018-19 season included performances of Tancredi at Bari’s Teatro Petruzzelli, Il viaggio a Reims at The Bolshoi, and the role of Corradino in the original Roman version of Matilde di Shabran with the Rossini in Wildbad Belcanto Opera Festival, along with return engagements to Berlin’s Staatsoper Unter den Linden in Il barbiere di Siviglia and to the Teatro dell’Opera di Roma for La cenerentola. A dynamic concert schedule included Rossini’s Stabat Mater with Gianandrea Noseda and the National Symphony Orchestra at The Kennedy Center and Carnegie Hall, a debut at the Edinburgh International Festival in Laurent Pelly’s production of Il barbiere di Siviglia with Jérémie Rhorer leading Le Cercle de l’Harmonie also reprised in concert at Bremen’s famous Die Glocke, and concert performances of Massenet’s Thaïs – singing the role of Nicias opposite Plácido Domingo as Athanaël – at the Teatro Real Madrid and the Festival Castell de Peralada.

Concert work has featured a Rheingau Musik Festival debut in performances of Rossini’s Stabat Mater with Music Director Andrés Orozco-Estrada conducting the Frankfurt Radio Symphony Orchestra; a program of arias and duets by Boieldieu, Donizetti, and Rossini with Angela Meade and Vivica Genaux led by Antony Walker for Washington Concert Opera; Rodrigo in Rossini’s Otello with Opera Orchestra of New York and Moïse et Pharaon with The Collegiate Chorale both at Carnegie Hall; Gennaro in Lucrezia Borgia at Bel Canto at Caramoor with the Orchestra of St. Luke’s; Rossini’s Petite Messe Solennelle with the New York Choral Society at Lincoln Center; and Handel’s The Messiah with the National Symphony Orchestra at the Kennedy Center and at Oslo’s Den Norske Opera. He has also appeared as a guest artist for the Deutsche AIDS-Stiftung Gala.

He is a graduate of The Ohio State University holding degrees in both Vocal and Bassoon Performance. 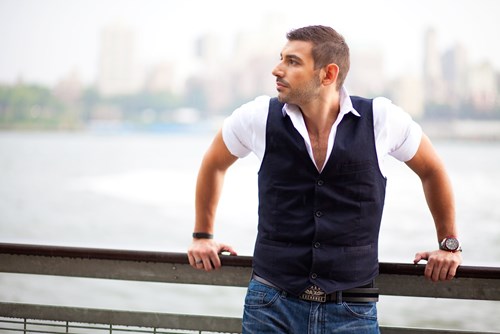