Randi Stene was born in Trondheim in 1963 and graduated in opera singing from the Norwegian Academy of Music and the Royal Opera Academy in Copenhagen.

She was appointed Opera Director at the Norwegian National Opera & Ballet in the autumn of 2020.

In 2005, she established the Sommersang Festival at the Ringve Music Museum in the City of Trondheim. From 2015–17, she was artistic director of the Kirsten Flagstad Festival in Hamar and, since 2019, she has been artistic director (together with Håvard Gimse and Vilde Frang) of the Oslo Chamber Music Festival. In 2010, she was appointed Associate Professor by the Norwegian Academy of Music, later being promoted to Professor. In 2013, she joined the Trondheim Symphony Orchestra & Opera as Casting Director and has been Opera Director since January 2019.

The mezzo-soprano first performed at the Royal Danish Theatre in 1988 and was associated with the theatre as a soloist until August 2019. Stene made her international breakthrough in the British contest ‘Cardiff Singer of the World’ in 1991 and when she sang the role of Octavian in Der Rosenkavalier at the Théatre Châtelet in Paris.

Since then, she has performed on many of the world’s leading stages – including the Metropolitan in New York, Covent Garden in London, the Opéra Bastille in Paris, the Komische Oper in Berlin, Oper Frankfurt and La Monnaie in Brussels – in roles such as Cherubino in The Marriage of Figaro, the title role in Carmen, Dorabella in Cosi van tutte, Orfeo in Orfeo ed Euridice, Dido in Dido and Aeneas, Lucretia in The Rape of Lucretia, Charlotte in Werther, Fricka in Die Walküre and Das Rheingold, Brangäne in Tristan und Isolde, Kundry in Parsifal, Ortrud in Lohengrin, Santuzza in Cavalleria Rusticana, Eboli in Don Carlos, Amneris in Aida and Herodias in Salome.

Stene has also had a significant career as a concert singer and has sung at the Concertgebouw in Amsterdam, the Musikverein in Vienna, Carnegie Hall in New York, the Barbican in London, the Salzburg Festival and the Edinburgh International Festival, under the direction of conductors such as Esa-Pekka Salonen, Pierre Boulez, Christoph von Dochnany, Bernhard Haitink, Andres Nelsons, Yannick Nezet-Seguin and Antonio Pappano. She has also released a number of CDs, including recordings with the Vienna Philharmonic, the Oslo Philharmonic, Håvard Gimse and Burkhard Kehring. 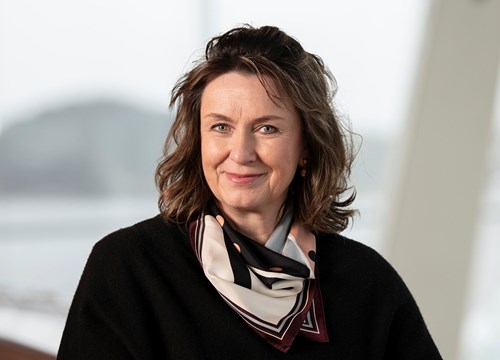