Anaïs Touret has danced prominent parts in Kylián's One of a Kind and Gods and Dogs, soloist couple in Ekman's Cacti, the only female role in Naharin's Secus, and her role in Johannessen’s The Rite of Spring was created especially for her. She has danced in Makarova's La Bayadère and Balanchine’s Serenade and Symphony in C, Giselle, Spuck’s Anna Karenina, Boyadjiev’s Nutcracker, Cranko’s Onegin and various roles in MacMillan’s Manon and Holmes’ Swan Lake, including Czardas. With the NNB 2, Touret danced Juliet in King’s Romeo and Juliet and performed in Smith’s Departures, Kylián’s Evening Songs and Balanchine’s Allegro Brillante.

French Anaïs Touret (born in 1997) began dancing at the age of four. She studied at the École National Superieure de Danse de Marseille and Académie de Danse Princesse Grace in Monte Carlo. As a student, she danced the pas de deux in Maillot’s Cinderella, one of the two sisters in Swan Lake. She has also danced in Cherkaoui’s In Memoriam, Ek’s Swan Lake, Kylián’s Un Ballo, Balanchine’s Serenade and the Donizetti Variations. Before coming to Oslo, she danced in Maillot’s Nutcracker with Les Ballets de Monte-Carlo and in the Royal Ballet’s Manon in Monte Carlo in 2013. 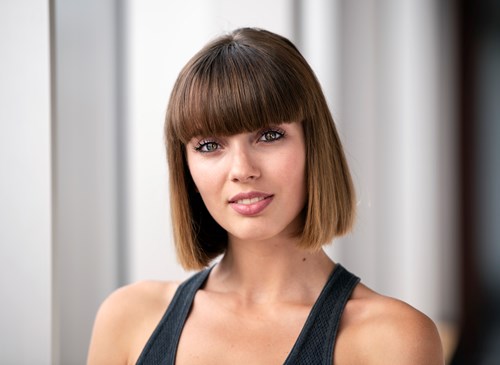