After joining the Norwegian National Ballet 2 in 2020, Andrew Coffey has danced such roles as James in an excerpt from La Sylphide, Prince Siegfried in Swan Lake pas de deux and the leading male role in an excerpt from Balanchine’s Allegro Brillante. He has also performed in Boyadjiev’s The Nutcracker and Lima’s Suite for Ten in Six.

American Coffey began dancing at the Ballet Center of Fort Worth in Texas at the age of ten. He participated in the ballet competition Youth American Grand Prix, qualifying for the finals in New York in 2016, a performance that earned him a scholarship to the Houston Ballet Academy. He was admitted to the Royal Ballet School in London in 2018, where he danced with both the Royal Ballet and the Birmingham Ballet during his studies. In the summer of 2021, he taught ballet classes during summer school at the Ballet Center of Fort Worth. 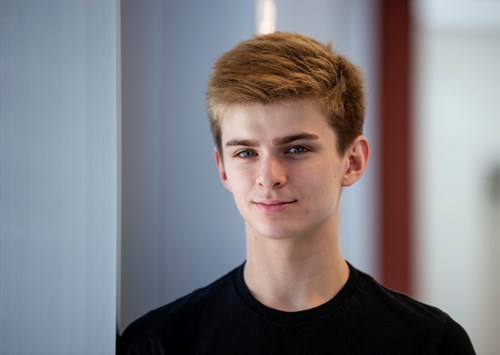