Alan Lucien Øyen is a rarity within dance and theatre. Graduating in dance from the School of Art in Oslo, Alan works in hybrid forms straddling dance, theater, opera, and film. From Bergen, Norway, his works are highly acclaimed in both his home country and abroad.

Alan has been artist in resident with the Norwegian National Opera and Ballet since 2013, where he is given the space and freedom for himself and his company winter guests to make groundbreaking theatre and dance performances in the stunning Norwegian Opera House. Here he most recently premiered The Hamlet Complex – a reworking of Shakespeare’s classic with 5 actors, 30 dancers, 10 children, original music for a full orchestra - all taking place on a spectacular kaleidoscope set.

As the son of a dresser watching theatre religiously from the age of 7, Alan started studying ballet at 17 with Hungarian ballet master and Marinsky graduate Peter Tornev. After performing with Carte Blanche and Amanda Miller's company Pretty Ugly – Alan established winter guests in 2006. winter guests brings together actors, dancers, writers, set designers and technicians, touring theatrical works in English for the international stage. Since 2009 his plays for winter guests have been written and developed together with British playwright and director Andrew Wale.

Alan was of the first choreographers invited to create a full-length work for the legendary Tanztheater Wuppertal, the first time since the death of their founder Pina Bausch. Most recently Alan directed his first opera, Rusalka for Opera Ballet Vlaanderen. This season he is involved in a range of international projects including a full evening dance creation for The Berlin Staatsballett, and a new play – RIVERS – for winter guests, an international co-commission by the National Theater and Concert Hall, Taipei and the Kennedy Center for Performing Arts in Washington D.C.

Alan is also currently involved in a full evening creation for Paris Opera Ballet, mixing spoken word and dance onto a theatrical set for a cast of 40 dancers. The works will premiere at Palais Garnier in Paris April 14th.

Alan is curious and brave, but also humble, patient in his impatience, and has the ability to challenge himself and the people he works with. His personal style is always present in all he creates. Whether it's theatre, dance or film, Alan's works have a highly emotional and dramatic drive. His choreographic language is complex and technically challenging. The works are based on real life experiences, sourcing material from interactions with strangers, personal anecdotes, and pop culture references - always incorporating the performers and the rehearsal process in the shaping of the final narrative. Always in pursuit of a sincere and human expression. 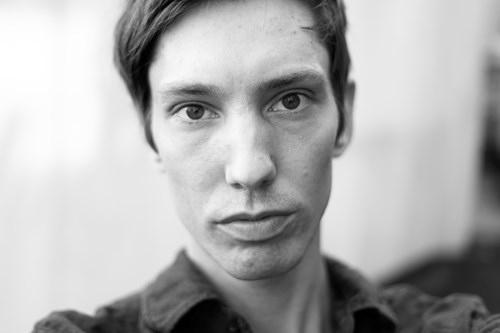