Camilla Spidsøe's return to the Norwegian National Ballet in 2013 followed ten years performing as one of Norway's foremost contemporary dancers. She went straight into supporting roles in Johannessen's Scheherazade, Proietto's Cygne and Ekman's A Swan Lake – all of which were created for her – in addition to prominent parts in ballets such as Strømgren's Suite and Kylián's Gods and Dogs and Soldiers' Mass. In autumn 2013 she was awarded the Tom Wilhelmsen Opera and Ballet Prize, and in autumn 2014 she dances the role of Mrs Alving in Moum Aune and Espejord's Ibsen's Ghosts.
Between 2003 and 2013, Spidsøe was part of the Norwegian contemporary dance company Carte Blanche, where she took leading roles in all productions by Ina Christel Johannessen. Choreographers such as Eyal, Bjørnsgaard and Øyen have also created roles for her, and she has starred in works by Ohad Naharin – in 2006 she received the Critics' Award for her part in in the production of Carte Blanche à la Naharin.
Together with Daniel Proietto, she won first prize at the 2007 Hanover International Competition for Choreographers for his work, My mood made her betray her secret, and in 2008 she received two first prizes for Øyen's ... and Carolyn, at both the Burgos Contest of Choreography in Spain and the Kedja Dansolution Competition in Copenhagen.
Spidsøe began her studies at the Norwegian National Academy of Dance in Oslo before continuing at the Madrid International Centre of Dance. She was a trainee before joining the Norwegian National Ballet in 2000, dancing roles such as the Emerald Fairy in Ek's modern version of Sleeping Beauty, and Ida the ballerina in Die Fledermaus. 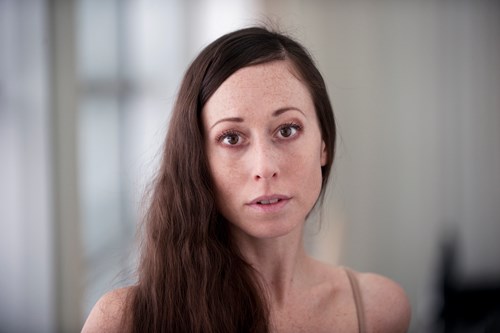