Award-winning dancer Eugenie Skilnand began her career with The Norwegian National Ballet as an apprentice in 1998, became a full member of the company in 2000 and was appointed Principal Dancer in 2011. That same year, she won the Rolf Gammleng Dance Award, after which she won both the Wilhelmsen Award and the Critics' Award. The latter was awarded for her interpretation of the role of Marie in Spuck's ballet, Woyzeck, a role created specifically for her. «Eugenie Skilnand created a fantastic character with a vulnerability and performance so gripping that it brought one to tears», wrote the jury.

Skilnand has danced classical principal roles as Aurora in Sleeping Beauty, Juliet in Romeo and Juliet, the title role in Giselle and Cinderella, and the Sugar Plum Fairy in The Nutcracker. She has starred in Duato's White Darkness, in Shoot the Moon by León and Lightfoot, and as Blanche in Neumeier's A Streetcar Named Desire – for which she was also nominated for the Critics' Award.

In 2017 she co-created her own choreography for the part as Thea Elvsted in Moum Aune's acclaimed Hedda Gabler.

She has danced solos in various ballets by Balanchine (such as Agon, Apollo and Symphony in C), Forsythe (Workwithinwork and The Vertiginous Thrill of Exactitude) and Kylián (including Bella Figura and Symphony of Psalms). Skilnand has also had roles created for her in Rushton's On the Adjacent Sides, Strømgren's Suite, Bjørnsgaard's Standard Arabesque and Dawson's dancingmadlybackwards. 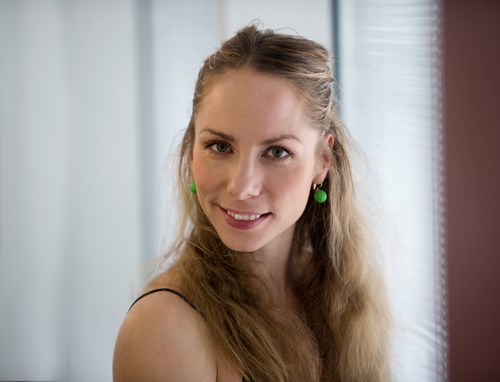