Elias Holm joined the Norwegian National Ballet in 2021, after two years with the NNB2. During this time he has performed in Makarova's La Bayadère, Spuck’s Anna Karenina, Scarlett’s Firebird and Boyadjiev’s The Nutcracker, in addition to Kylián’s Sleepless and Touret’s newest works Let's Play and Wagō.

Swedish Holm (born in 2000) began dancing at the age of six. He received his education at the Swedish National Ballet School in his hometown of Gothenburg (2010–2016) and the Oslo National Academy of the Arts (2016–2019), before joining the Norwegian National Ballet 2 in the autumn of 2019. He has danced the role of the Nutcracker Prince in the production of The Nutcracker at the Bærum Cultural Centre, the role of Ali and the pas de deux from Petipa’s Le Corsaire and, while a student, danced in Smiths The Giving and Forsythe’s Artifact. He came in first in the Nordic Baltic Ballet Competition in Falun in 2019. 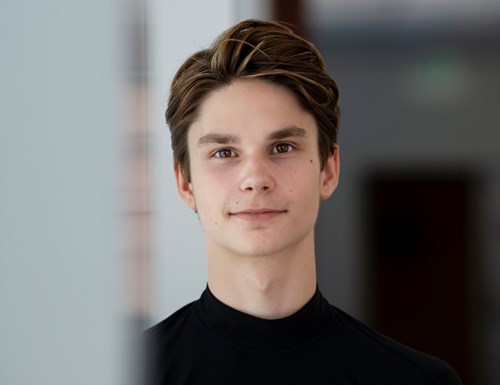