Elise Nøkling-Eide joined the Norwegian National Ballet in 2019, after two years with the NNB 2. In 2021, she made her debut in the title role in an excerpt from La Sylphide, and prior to this, she has done the role of Moyna in the 2nd act of Giselle, as well as Swan, Waltz and Princess in Swan Lake, and one of four Russian ladies in Balanchine's Serenade. She has also danced in Balanchine's Valse-Fantaisie, Allegro Brillante and Theme and Variations, Cranko's Onegin, Makarova's La Bayadère, Naharin's Minus 16, Ekman's Cacti and Resin and Boyadjiev's Fair Enough.

Her role in Heise's miniature opera/-ballet Lucretia was created especially for her, and in 2019 she performed in the Gala Ballarins Catalans al Món in Barcelona.

Elise Nøkling-Eide (born in 1998) from Oslo began dancing at the age of four in the Jorunn Kirkenær Ballet School, continuing on to the Norwegian National Ballet School. As a student, she danced pas de deux in Grand Pas Classique, Jewels, Sleeping Beauty and Don Quixote, in Kylián’s Indigo Rose and an extract from Forsythe’s Artifact. She also danced in several of the Norwegian National Ballet’s productions: both Bjørn’s and Boyadjiev’s The Nutcracker, Balanchine’s Serenade, Coralli/Perrot’s Giselle and MacMillan’s Manon. From 2014 to 2017, Nøkling-Eide competed in the Nordic Baltic Ballet Competition in Falun. 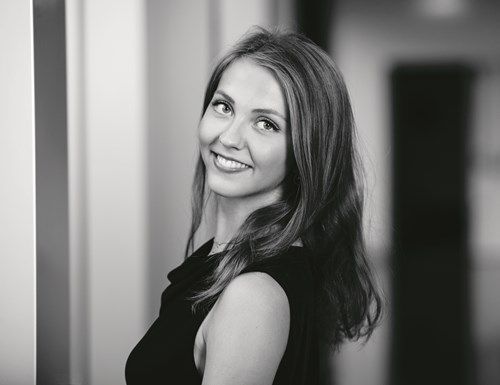