After joining the Norwegian National Ballet in the autumn of 2018, Erik Murzagaliyev has attracted attention as Prince Siegfried in Holmes’ Swan Lake, the title role in Cranko's Onegin, Monsieur G.M. and Gaoler in Manon, Koschei in Scarlett’s Firebird, the Nutcracker Prince in Boyadjiev’s The Nutcracker, High Brahmin in La Bayadère and Karenin in Spuck’s Anna Karenina. During the tour to the Bolshoi Theatre in the autumn of 2019, he also performed in the role of Assessor Brack in Hedda Gabler. He has danced prominent parts in Balanchine’s Symphony in C (2nd movement), Kylián's One of a Kind and Naharin’s Secus, and the leading male role in Hough’s Bout of the Imperfect Pearl was created especially for him.

Murzagaliyev joined the Norwegian National Ballet after spending eight years with the Bavarian State Ballet in Munich, where he was first soloist. He has danced the leading roles in Cranko’s Onegin, Spuck’s Anna Karenina, Neumeier’s A Midsummer Night's Dream, McGregor’s Kairos and Sunyata, Ratmansky’s Paquita, Bart’s La Bayadere, Petipa’s Le Corsaire and Grigorovich’s Spartacus, in addition to solo roles in Cranko’s Romeo and Juliet and Neumeier’s The Nutcracker. He has also toured with Maliphant’s ballets Conceal/Reveal and Broken Fall, the latter with Lucia Lacarra.

Murzagaliyev’s dance career began at the age of nine, when he was admitted to the national ballet school in his home country of Kazakhstan. 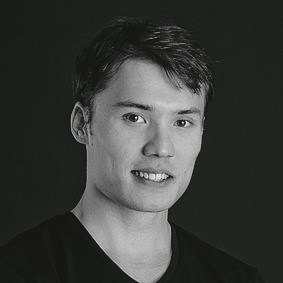