Since award-winning Japanese dancer Gakuro Matsui joined The Norwegian National Ballet in 2005, promoted to Principal in 2010, he has starred in a number of classical lead roles, such as Romeo in Corder’s Romeo and Juliet, Basilio in Nureyev’s Don Quixote, and the Prince in Bjørn’s and Boyadjiev’s The Nutcracker, Holmes' Swan Lake and Harvey’s Giselle and Sleeping Beauty. He has danced the role of Lensky in Cranko’s Onegin, Lescaut in Macmillan’s Manon, and in 2019 he danced the spectacular role of the Bronze Idol in Makarova’s La Bayadère, as well as Stiva and Levin in Spuck’s Anna Karenina.

Matsui has also drawn notice to himself in prominent roles in several modern ballets, such as Kylián’s One of a Kind, Bella Figura, Gods and Dogs and Soldiers' Mass, León og Lightfoot’s Shoot the Moon and Tetley’s Rite of Spring, and in the title role in Øyen’s Petrushka. He has starred in ballets by Balanchine, Duato, and Forsythe, and have had parts created for him by contemporary choreographers such as Dawson, Espejord, Elo, Øyen, Lee and Scarlett.

Matsui won the first place in the international ballet competitions in Saitama and Nagoya in his home country in 2000, and in 2004 he won the Japanese Ballet Academy competition and Prix de Lausanne's apprentice scholarship. He trained at the Russian Ballet Institute and Sasaki Mika Ballet Academy in Japan, continuing on to L’Ecole de Danse de L’Opéra de Paris. Before coming to Norway, he danced with The Royal Danish Ballet and Les Ballets de Monte Carlo.

He joined West Australian Ballet in 2016 as soloist and same year he was promoted to Principal. There, he danced many lead roles, including the Prince in Scannella’s The Nutcracker, Jay Gatsby in Nixon’s The Great Gatsby, Romeo in Vamos' Romeo and Juliet, James and Gurn in Bjørn’s La Sylphide, Basilio in Aldous' Don Quixote and in modern ballets by Krzysztof Pastor, Eric Gauthier and Annabelle Lopez Ochoa. From 2019, he once again dances with the Norwegian National Ballet. He also teaches as Guest teacher in the Norwegian National Ballet School. 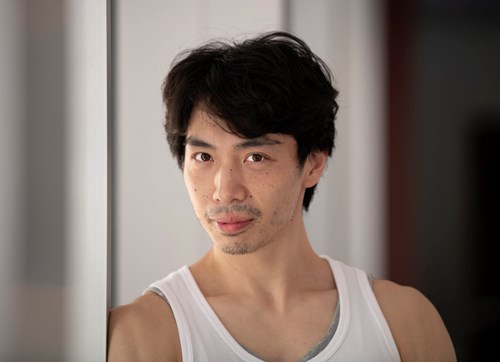