Since Georgie Rose joined the Norwegian National Ballet in 2015, she has danced in such roles as of one of the Three Shades in La Bayadère, as Diana in Moum Aune’s Hedda Gabler, Kitty in Spuck’s Anna Karenina and Waltz of the Flowers in Boyadjiev’s The Nutcracker. She has also danced in Kylián’s One of a Kind, Falling Angels, Arcimboldo, Petite Mort and Sweet Dreams, Balanchine’s Agon, Serenade and Symphony in C, Ekman’s A Swan Lake, MacMillan’s Manon, Øyen’s Timelapse, Giselle, Don Quixote, Scarlett’s Firebird and in several roles in Holmes' Swan Lake.

Her role in Haagenrud’s The Commoners and Picture A Vacuum was created especially for her and Rose danced both the leading role and one of the three women in Hough’s Bout of the Imperfect Pearl.

Rose has choreographed for the NNB RAW twice and in the autumn of 2020, created her own solo called The Mayfly for the Panta Rei company. She is part of the workshop company, which is part of the Norwegian National Ballet’s new choreography initiative.

English Rose began dancing at the age of ten. She studied at the Royal Ballet School and performed with the Royal Ballet in such ballets as Sleeping Beauty, Giselle, Mayerling, The Nutcracker, La Bayadère and Swan Lake during the summer tour of the Royal Ballet to Granada in 2009. She has danced leading roles in Zucchetti’s Orbital Motion, Montes' Toca, Eaglings Resolution and during Peter Schaufuss’ tour of Denmark. She was also selected to accompany Carlos Acosta on his tour, where he danced the role of one of Apollo’s virgins in Apollo at the opera house in Valencia. Rose danced the leading ballerina role in Verdi’s opera Les vêpres siciliennes and the Royal Opera House production shown at theatres around the world. She also contributed to Tom Hooper’s film The Danish Girl. 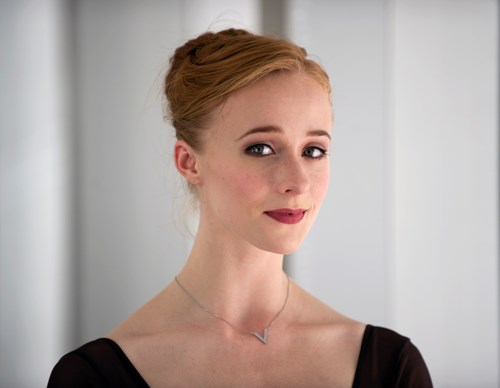