Idun Sofie Landgraff Bækken has danced the pas de trois in Swan Lake, been a demi-soloist in Balanchine’s Symphony in C and has danced in such ballets as Makarova's La Bayadère, Spuck’s Anna Karenina, Balanchine's Valse-Fantaisie and Allegro Brilliante, Naharin's Minus 16, Moum Aune's Hedda Gabler, Ekman's Rooms og Resin. She has also performed as sylphide in an extract from La Sylphide.

Landgraff Bækken (born in 1997 in Oslo) began her dancing career at the Norwegian National Ballet School run by the Norwegian National Opera & Ballet in 2005 and performed in several of the National Ballet’s productions as a child. As a student of the Ballettschule des Hamburg Ballett, she danced with the Hamburg Ballet, including on tours to Baden-Baden and Oman. She won the silver medal at the Grasse Ballet Competition in 2011 and was a semi-finalist in the Prix de Lausanne in 2013. 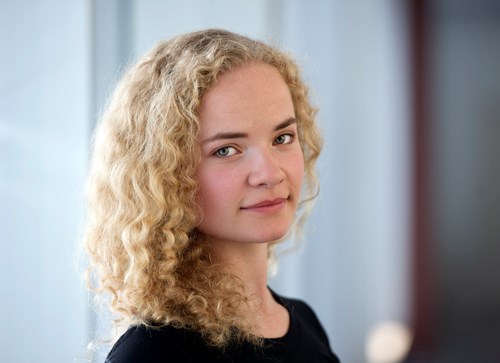