Isabel Vila joined the Norwegian National Ballet 2 in 2017 and transferred to the main company two years later. She has danced the role of Dolly in Spuck’s Anna Karenina, the main role in Balanchine’s Allegro Brillante and Jensen/Tourets Afternoon of a Faun, as well as La Sylphide pas de deux. She has also danced in  i Cranko’s Onegin, Mats Ek’s … and Brahms, Balanchine’s Serenade, Theme and Variations and Valse-Fantaisie, Scarlett’s Vespertine, Naharin’s Minus 16, Kylián's One of a Kind, Ekman's A Swan Lake and Cacti, and more.

Vila also choreographs herself and has created works for the Norwegian National Ballet’s digital dance programme Prosess.Dans and for the talent programme TILT Grow, run by Panta Rei Dance Theatre.

Vila was born and raised in Madrid, Spain, and began dancing at the Mariemma Conservatory of Dance in Madrid at the age of eight. In 2016, she joined the French Ballet Nice Mediterranée at the age of 18. Before joining the Norwegian National Ballet 2, she danced in such ballets as Don Quixote, Coppélia and Raymonda, as well as in Balanchine’s Who cares? and Kylián’s Sinfonietta. 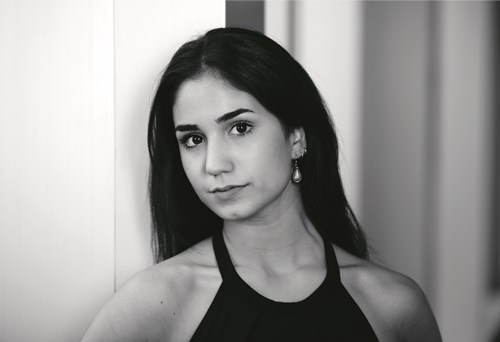