Jonathan Olofsson attracted attention in prominent parts in Kylián's One of a Kind and Gods and Dogs, Balanchine's Serenade, Ekman's Cacti, Jensen/Touret's Afternoon of a Faun and Naharin's Secus. He has danced roles such as Count Gremin in Cranko's Onegin, The Rat King in Boyadjiev's The Nutcracker, Horatio in Øyen's The Hamlet Complex, young Pastor Manders in Ghosts by Espejord and Moum Aune and Oberon in a pas de deux from Sund's A Midsummer Night's Dream. He also danced in Espejord's critically acclaimed How did I get where … and Lynch's new work C aura and has performed in classical ballets such as Makarova's La Bayadère, Spuck's Anna Karenina and Moum Aune's Hedda Gabler.

He joined the main company that same autumn after two years with the Norwegian National Ballet 2 (NNB2), where he performed in such classical ballets as Cranko’s Onegin, MacMillan’s Manon and Holmes' Swan Lake (including the Spanish dance and Mazurka). While on tour with the Norwegian National Ballet 2 (NNB2) in the spring of 2018, he danced in Balanchine’s Allegro Brillante, in addition to pas de sept from Bournonville’s A Folk Tale.

Swedish Olofsson (born in 1997) began dancing at the age of ten at the Swedish National Ballet School in Gothenburg before completing his studies at the Oslo National Academy of the Arts. While a student, he danced in such roles as the Prince in Cinderella and Albrecht in Giselle, as well as in ballets like Flames of Paris, Le Corsaire and Kylián’s Indigo Rose. He has also participated in competitions like the Nordic Baltic Ballet Competition Stora Daldansen and Prix de Lausanne. 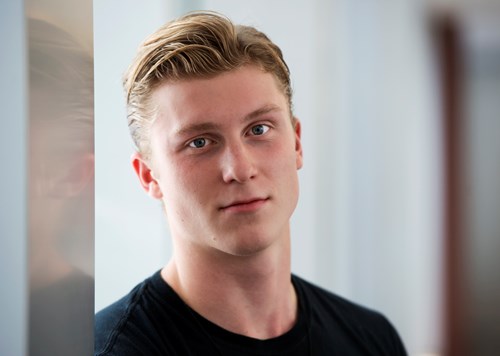