Since Lania Atkins joined the Norwegian National Ballet in 2019, she has danced the role of Myrtha in the second act of Giselle and performed in Makarova’s La Bayadère, Spuck’s Anna Karenina, Boyadjiev’s The Nutcracker and in the Balanchine ballets Theme and Variations and Symphony in C. She has danced in Kylián's One of a Kind and Moum Aune’s Hedda Gabler, and in the world premieres The Commoners (Haagenrud) and Afternoon of a Faun (Jensen/Touret), she had roles created especially for her.

Australian Atkins (born in 2000) began dancing in her hometown of Sydney at the age of three and moved to Amsterdam to study at the Dutch National Ballet Academy, followed by the European School of Ballet under the artistic direction of Jean Yves Esquerre. She was an apprentice with The Royal Ballet during the 2018/19 season and performed with the Dutch National Ballet during her training. She has been awarded the Dame Mollie Askin ballet scholarship (2019) and the Sydney Eisteddfod senior ballet scholarship (2016) and in 2015, won silver at the Genée International Ballet Competition in London. 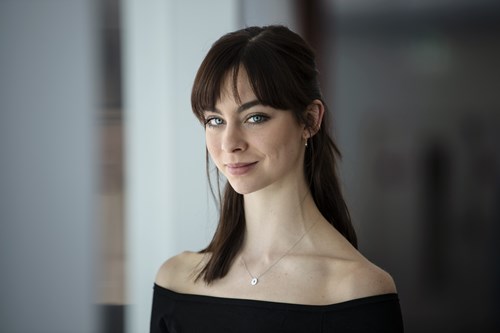