Since Portuguese Leonardo Basílio joined the Norwegian National Ballet in the autumn of 2020, he has danced Balanchine's Tschaikovsky Pas de Deux and in ballets such as Boyadjiev's The Nutcracker, Cranko's Onegin and Balanchine's Serenade.

He previously danced in the Vienna State Ballet, doing such roles as Prince Siegfried in Swan Lake, Drosselmeyer and the Nutcracker Prince in The Nutcracker and the role of Jean de Brienne in Raymonda, all choreographed by Nureyev, as well as the leading male role in Länder’s Études. He has also been a soloist in Legris’ Le Corsaire, de Bana’s Marie Antoinette and Bejart’s Arepo.

In 2013, Basílio won gold in the TanzOlymp international dance festival in Berlin and silver during the Youth America Grand Prix in New York. He began dancing at the age of nine and has studied in Faro, Lisbon and Zürich. 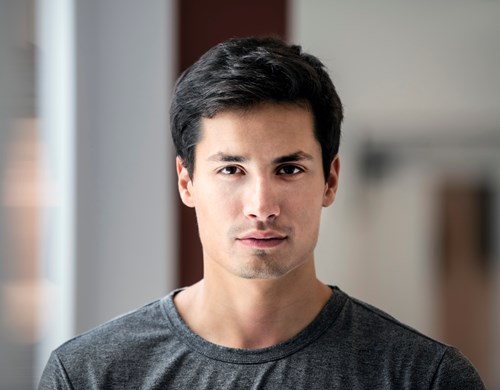