Since joining the Norwegian National Ballet in 2007, Leyna Magbutay has danced principal roles in full length classical productions such as Giselle in Giselle, Juliet in Romeo and Juliet and Clara in The Nutcracker. Her other major roles include Olga in Cranko's Onegin, Lescaut's Mistress in MacMillan's Manon, Myrtha in Giselle, the Sugarplum Fairy in The Nutcracker, the Queen of the Dryads in Don Quixote, The Fairy Godmother in Cinderella, Micaela in Scarlett's Carmen, the Princess in his version of The Firebird and the lead role in Vespertine, Dolly in Spuck's Anna Karenina, the title role in the 2nd act of Bournonville's La Sylphide and Pas de Trois in Swan Lake. She has also danced the main roles in Balanchine's Tschaikovsky Pas de Deux, Agon and Symphony in C (3rd and 4th movement).

Magbutay has danced leading roles in various modern ballets, most notably in the Kylián repertoire, including ballets such as One of a Kind, Bella Figura, Petite Mort, Sweet Dreams, Falling Angels, Wings of Wax, Sweet Dreams, Symphony of Psalms and Sechs Tänze. She has danced Spuck's Le Grand Pas de deux, Forsythe's The Vertiginous Thrill of Exactitude and Enemy in the Figure, Duato's Por Vos Muero, Without Words and Multiplicity – Forms of Silence and Emptiness, Tetley's Ricercare and Sacre du Printemps, McGregor's Chroma and León and Lightfoot's Safe as Houses and SH-Boom. She has taken part in creations such as Ekman's A Swan Lake, Dawson's dancingmadlybackwards, Lee's 5 for Silver, Elo's Touch and Hough's Epic Short, and Wheeldon's The Christening Suite for the opening gala of the Opera House in 2008.

Originally from Japan, Magbutay began her training with Ana Keates and at the Tokyo Ballet School, before moving to the UK and for her full-time education at Elmhurst School for Dance. In her final years as a student, she danced with the Birmingham Royal Ballet. 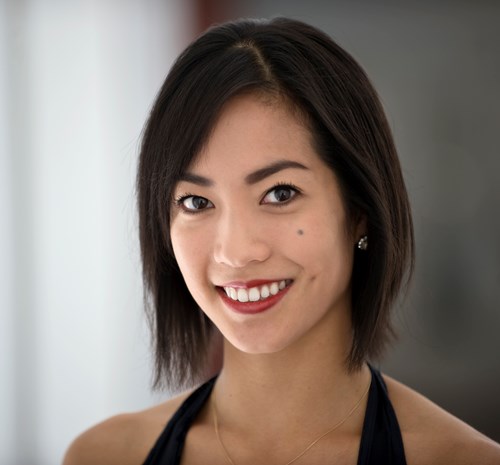