Since joining the Norwegian National Ballet, Luca Curreli has danced such roles as the Bronze Idol in Makarova's La Bayadère, The Dad in Ek's She was black, Stiwa i Spuck's Anna Karenina, the Gypsy King in Nureyev’s Don Quixote, the Court Jester in Holmes' Swan Lake, Beggar King in MacMillan’s Manon and the Gypsy in Liam Scarlett’s Carmen – a ballet in three acts. He has danced Russian and Chinese dance in both Bjørn’s and Boyadjiev’s version of The Nutcracker and danced in Stevenson’s Cinderella.

In addition to Kylián’s One of a Kind, Sarabande, Gods and Dogs and No More Play, Curreli has danced in Balanchine’s Themes and Variations and Serenade, Forsythe’s In the Middle, Somewhat Elevated and One Flat Thing, reproduced, Ekman’s A Swan Lake and Rooms, Øyen’s Timelapse and The Hamlet Complex and Strømgren’s Lamentate. He was part of the world premiere of McGregor's Chroma and the world premieres of Haagenrud's The Commoners, Jensen's To Fly, and danced the main male role in Afternoon of a Faun (Jensen/Touret). While part of the Norwegian National Ballet 2 (NNB2) from 2015–2016, Curreli danced in Boyadjiev’s Picture Perfect, Kylián’s Evening Songs and Haagenrud’s We are special.

Curreli (born in 1996) began dancing ballet in his hometown of Rome at the age of four and played football for many years alongside dancing until he decided to focus exclusively on a career in ballet. He trained at the Balletto di Roma and Princess Grace Academy in Monte Carlo, where he danced in Balanchine’s Donizetti Variations and Serenade, as well as Maillot’s Dov’è la luna, La Belle and Men’s dance. He was also part of The Royal Ballet’s production of MacMillan's Manon, performed in Monte Carlo in 2013. 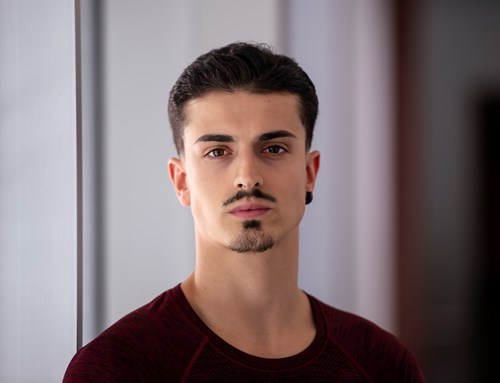