Since arriving at the Norwegian National Ballet in 1999, Maiko Nishino has starred in both the classical and modern repertoire and become one of the company's leading dancers. She was appointed Principal Dancer in 2005, the same year in which she received the Critics' Award for the role of Odette/Odile in Swan Lake. In 2009, she was awarded the inaugural Tom Wilhelmsen Opera and Ballet Prize.

She has starred in León og Lightfoot's Step Lightly, SH-BOOM, Softly, as I Leave You, Skew Whiff, Shangri-La, Safe as Houses, Shoot the Moon and Sleight of Hand, in Duato's Por vos muero, White Darkness, Multiplicity and Without Words, and in Forsythe’s The Second Detail and Limbs' Theorem. Also among her accomplishments are Balanchine's ballets Apollo, Serenade, Tschaikovsky's Piano Concerto no. 2, The Four Temperaments, Symphony in C and Agon, as well as Tetley's Voluntaries and The Rite of Spring. Roles have been created for her by choreographers such as Christopher Wheeldon, David Dawson, Jorma Elo and Douglas Lee.

Nishino was born in Osaka, Japan, and arrived at the Norwegian National Ballet after studying with Sachiyo Hashimoto and Hans Meister, as well as at the Royal Ballet School in London. In 2015, Åse Drivenes' documentary film Maiko – Dancing Child had its Norwegian premiere, a film which later was broadcast on NRK1, Norway's largest television channel. 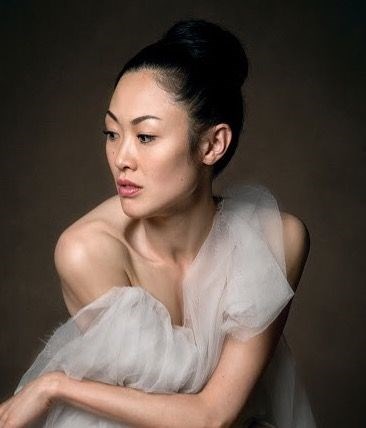