Melissa Hough was born in Severn, Maryland and trained under All Sizova at the Kirov Academy of Ballet in Washington, DC. She previously danced with Boston Ballet, artistic director Mikko Nissinen, where she was promoted to the rank of principal dancer, and Houston Ballet, artistic director Stanton Welch, as a first soloist. Hough joined The Norwegian National Ballet in 2013 and was promoted to soloist in 2014.

Hough received the 2017 Wilhelmsen Opera and Ballet Prize for her work as a soloist dancer and for her choreographic endeavours since coming to Norway. She was also recognized in Dance Europe Magazine’s 2015 Critic's Choice for Outstanding Female Performance as Carmen in Liam Scarlett’s Carmen, which was created on her in 2014. She has appeared internationally in the filmed version of Alexander Ekman's A Swan Lake as the Black Swan.

As a choreographer, Hough has made both independent projects as well as commissioned works in Norway and The United States. She created Epic Short in 2016 for Nasjonalballetten’s Sleepless Beauty program, which received recognition in Dance Europe Magazine’s Critic's Choice for Best premiere, and was invited to be performed at the 2018 Diaghilev P.S. Festival in St. Petersburg. Ms. Hough created the piece Bout of the Imperfect Pearl to Baroque Movement in April 2019 and in 2020, she created the piece 5 Ballerinas, which was part of the Norwegian National Ballet's live streaming performance Close. «Darn, it’s so good to see proper choreography again, danced so well and with such expression,» wrote Dance Europe about Hough's piece. Hough is a member of the Workshop Company, a part of the Norwegian National Ballet's choreography initiative.

Hough was previously a faculty member of New York City Dance Alliance, teaching ballet and contemporary. She has taught at various schools in Oslo, including Oslo National Academy of the Arts, as well as served on the jury panel for the Nordic Baltic Ballet Competition. 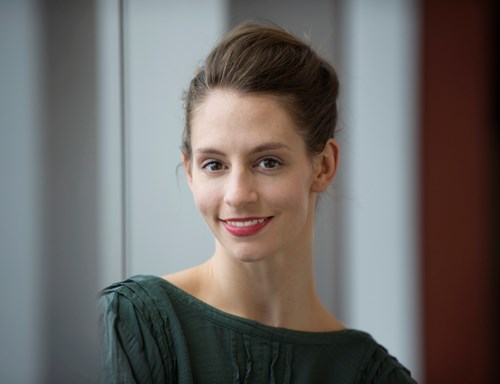