Since Olivia Caughey joined the Norwegian National Ballet in 2019, she has performed in Makarova's La Bayadère, Cranko's Onegin, Spuck's Anna Karenina and Balanchine's Serenade and Symphony in C (1st and 3rd movements), as well as Boyadjiev's The Nutcracker. She has also performed parts of Ekman's Resin and danced sylphide in an extract from La Sylphide.

Caughey was born in Rayleigh in Essex. She became serious about dancing when she was 7–8 years old and, at the age of 16, moved to London where she studied at the English National Ballet School for three years. She has previously danced for the Teatrul de Balet Sibiu company in Romania, where she danced such roles as one of the Three Shades in La Bayadère. 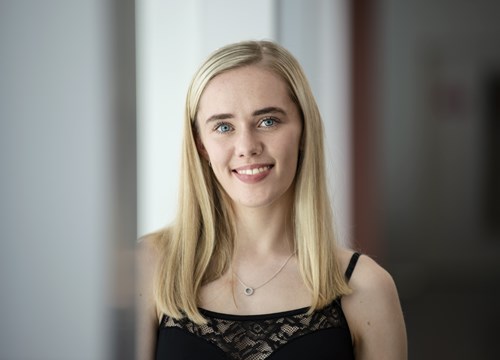