Philip Currell arrived at the Norwegian National Ballet in 2004 and was appointed Principal Dancer in 2012. In Oslo he has danced the Prince in classical ballets such as Swan Lake, The Nutcracker, Sleeping Beauty and Cinderella, as well as the role of Espada in Nureyev's Don Quixote, the title role in Onegin, Des Grieux in MacMillan's Manon, Solor in La Bayadère and Albrecht in Giselle. He has danced Count Vronsky in Spuck's Anna Karenina and Alan in Neumeier's A Streetcar Named Desire, and in autumn 2011 the title role in Spuck's new Woyzeck was created for him – a role that newspaper Vårt Land felt he interpreted «with an actor's presence and steadiness in every step».

Currell has danced the role of Pastor Manders in the Ibsen ballet Ghosts by Moum Aune og Espejord, and young Pastor Manders on tour to Hongkong and Shanghai. In 2017, he co-created his own choreography as Jørgen Tesman in Moum Aune's recognised production of Hedda Gabler, a role he also performed in Moscow's Bolshoi Theatre fall 2019. Currell has danced prominent solo roles in the Balanchine ballets The Four Temperaments, Tschaikovsky Piano Concerto No. 2, Symphony in C (2nd movement), Symphony in Three Movements, Symphony in Three Movements, Serenade and Agon, as well as in Tetley's Arena, Voluntaries and The Tempest.

He has gained recognition in modern ballet thanks to prominent roles in Kylián's Wings of Wax, Tiger Lily, Soldiers' Mass, Stepping Stones, Heart's Labyrinth, Six Dances, No More Play, Sarabande and Symphony of Psalms, Forsythe's In the Middle, Somewhat Elevated, Steptext, Workwithinwork and Enemy in the Figure, Duato's White Darkness and Arcangelo, in McGregor's Chroma and in Subject to Change, Skew Whiff, Softly as I Leave You, Shoot the Moon and Same Difference by choreographer duo Lightfoot and León. His credits also include works by Wheeldon, Dawson and Ekman, and choreographers such as Strømgren, Elo, Boyadjiev, Espejord, Øyen and Lidberg, not to mention Kylián, have created parts and roles for him. 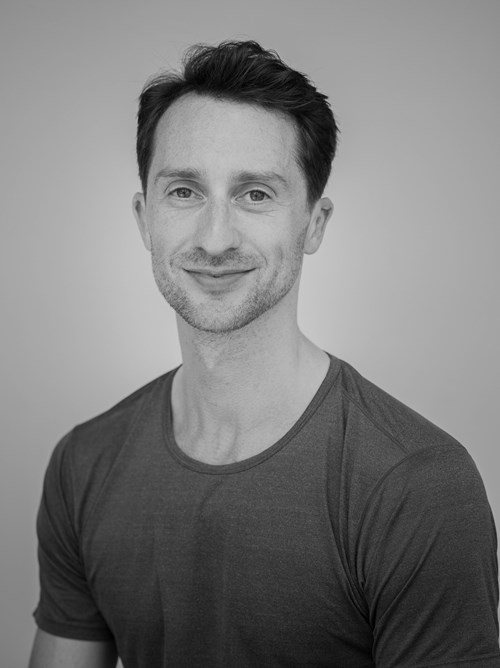