After Ricardo Castellanos' debut in the leading role of Solor in La Bayadère, ClassicalMusic.com wrote the following: «He achieves a weightless height in his leaps, almost seeming to hang in the air, his pirouettes are dead-on and last impossibly long. He conveys the dramatic story with technique and feeling and it is harder to imagine a stronger debut than this.»

He has danced the role of Rothbart in Holmes’ Swan Lake, the Nutcracker Prince in Boyadjiev’s The Nutcracker, the leading male role in Balanchine’s Allegro Brillante and soloist in the 1st movement in Balanchine’s Symphony in C, Prince Albrecht in the 2nd act of Giselle, Romeo in the balcony pas de deux from Romeo and Juliet and Prince Siegfried in a pas de deux from Swan Lake. He has also danced in MacMillan’s Manon and Kylián's One of a Kind.

Spanish-Cuban Castellanos (born in 1997) began dancing at the age of nine with La Companya Juvenil de Ballet Clàssic de Catalunya in Barcelona before continuing his studies with his father, Rodolfo Castellanos. He studied at the Royal Ballet School in London and performed in such ballets as Don Quixote, Sleeping Beauty, Giselle and Le Corsaire before joining the Norwegian National Ballet 2 in the autumn of 2016. In 2017, he went on to the main company. 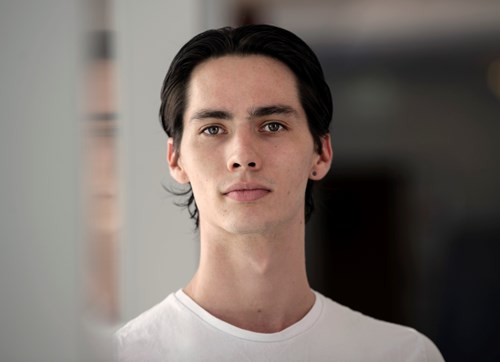