Since he joined the Norwegian National Ballet Shane Urton has danced in Kylián's Petite Mort, Sarabande and Sweet Dreams, León and Lightfoot's Sad Case and Same Difference, Balanchine's Theme and Variations, Øyen's The Hamlet Complex and Ekman's A Swan Lake and Rooms. He has danced the role of Escamillo in Scarlett's Carmen, and in Moum Aune's critically acclaimed Hedda Gabler in the fall of 2017, he contributed to his own choreography in the role of Assessor Brack.

Born in North Carolina, USA, Urton started dancing at the age of 15 at Bonita's School of Ballet. He studied at University of North Carolina School of the Arts, and joined the Norwegian National Ballet in 2016 – after several years at Joffrey Ballet in Chicago and The Royal New Zealand Ballet. At Joffrey Ballet he danced the role of The Standard Bearer in Kurt Jooss' The Green Table, and at The Royal New Zealand Ballet the role of Oberon in Scarlett's A Midsummer Night's Dream. At the latter he also performed in Ekman's Cacti and Forsythe's In the Middle, Somewhat Elevated. 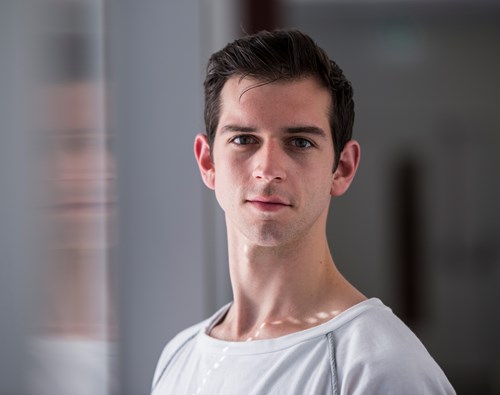