Simon Regourd joined the Norwegian National Ballet in 2020 after performing with the NNB 2 for a year and a half. He has performed in Holmes’ Swan Lake, Boyadjiev’s The Nutcracker, Naharin’s Secus, Ekman’s Cacti, Scarlett’s Firebird, Cranko’s Onegin, Spuck’s Anna Karenina, Makarova’s La Bayadère (Waltz and Pas d’action), Balanchine’s Serenade, Theme and Variations and in Symphony in C as a demi soloist. During his time in the youth company he danced in Heise’s Dido and Aeneas, Smith’s Departures, Edmond’s Left from Write, one of three Soloist couples in Andersen’s Holberg Suite and Purple Boy in Kylián’s Sleepless.

French, Regourd began dancing at the age of eight. He joined the VM Ballet School in Toulouse at the age of 13 and was accepted into the Royal Ballet School in London at the age of 16. Performance highlights before graduating include Page’s Larina Waltz, MacMillan’s Concerto, a cavalier in Aurora’s Wedding in Anthony Dowell's adaptation of Sleeping Beauty and Johann Sebastian Bach in Duato’s Multiplicity – Forms of Silence and Emptiness. He won gold during both the international dance competition in Biarritz in 2015 and the Chausson d’or competition in Paris in 2014. 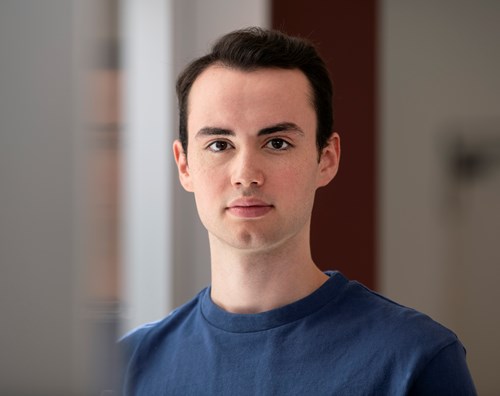