In the autumn of 2018, Sindre Berntsen danced the role of Hamlet in Øyen’s impressive The Hamlet Complex on the Main Stage and that same autumn, was awarded the Engebret performing arts scholarship. He has danced in Moum Aune’s Hedda Gabler during the tour to the Bolshoi Theatre and has performed in Naharin’s Secus, La Bayadère, Spuck’s Anna Karenina (including the mowing scene), Holmes’ Swan Lake and Boyadjiev’s The Nutcracker.

Berntsen began dancing in Bergen in 2009 at the age of 11. As a student of a school of music and performing arts, he danced a huge variety of roles in The Nutcracker before being accepted to the Norwegian National Academy of Ballet at the Oslo National Academy of the Arts in 2014. Here he performed in such ballets as Kylián’s Indigo Rose, Forsythe’s Artifact and danced the pas de deux, variation and coda in Grand Pas Classique. He also competed in the Stora Daldansen Nordic Baltic Ballet Competition in Falun and the Prix de Lausanne. 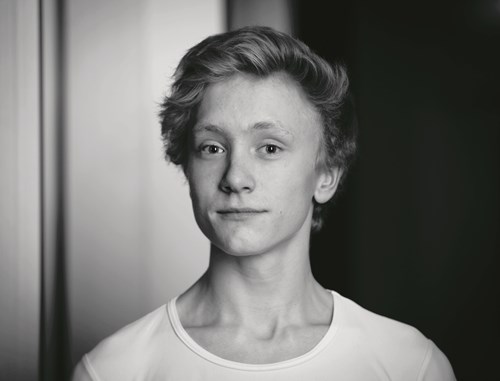