Since joining the Norwegian National Ballet in 2015, Sonia Vinograd has danced such roles as the Mistress in MacMillan’s Manon, Clara in Boyadjievs The Nutcracker, Myrtha in Giselle, Frasquita in Scarlett’s Carmen – a ballet in three acts, several major roles in Spuck’s Anna Karenina and pas de trois in Holmes’ Swan Lake. In Balanchine ballets, she has danced the leading role in Theme and Variations, the Russian Girl in Serenade, as well as in Agon. She has performed in Kylián’s Falling Angels and Sweet Dreams, Forsythe’s The Vertiginous Thrill of Exactitude and Ekman's Cacti, as well as in Nureyev’s Don Quixote and Scarlett’s Vespertine. Roles have been created for her in Øyen’s Timelapse, Hough’s Epic Short (the role of Carabosse) and Boyadjiev’s Fair Enough. In the autumn of 2019, she danced the role of the young Mrs Alving in Moum Aune and Espejord's Ghosts while on tour to Hong Kong with the Norwegian National Ballet.

From 2012 to 2015, Vinograd performed with the Dresden Semperoper Ballet. This included dancing in such works as Swan Lake, The Nutcracker, La Bayadère and Sleeping Beauty. She has also worked with such choreographers as Forsythe, Dawson, Ratmansky, Ekman, Celis and Lidberg. In addition, Vinograd performed during the international ballet gala in Maribor, Slovenia, and the leading role in Jiri Bubenicek’s L'Heure Bleure with Les Ballets Bubeniceks in Plzen in the Czech Republic.

She is from Barcelona, Spain, where she studied with Rodolfo Castellanos at the Conservatori Professional de Dansa. In 2012, she was among the prize winners at the Prix de Lausanne in Switzerland. 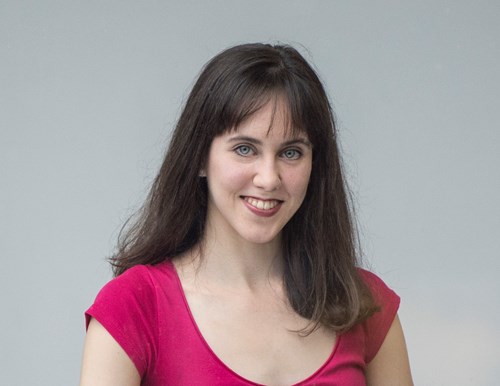