Youngseo Ko joined the Norwegian National Ballet after two years with NNB 2. In Makarova's La Bayadère she has danced one of three Shades and pas de trois 2nd solo, and in Balanchine's Serenade she has danced the Dark Angel. Furthermore, she has performed in Kylián's One of a Kind, Ekman's Cacti, Øyen's The Hamlet Complex Redux, Spuck's Anna Karenina, Boyadjiev's The Nutcracker, Balanchine's Symphony in C and in Jensen/Touret's Afternoon of a Faun.

South Korean Ko began dancing in her hometown of Seoul at the age of seven. She was admitted to the national art academy at the age of ten and continued at the Sunhwa Arts High School before receiving a scholarship from the Princess Grace Academy in Monaco, completing her ballet training at the age of 18. During her studies, she danced such roles as Kitri in Don Quixote, Carmen in pas de deux in Carmen by Sara Lourenco, Giselle in pas de deux in Giselle and pas de deux in Maillot’s Dov’é la Luna. She has also danced roles created especially for her in Jaat’s Not mine, Etudes N.8 Ensemble by Michelle Pinelli and Etudes N.10 Sortie by Lisa van Cauwenbergh. She won first place in the Korea International Ballet Competition in Seoul in 2014 and 2013, in the Concorso Internazionale Danza Sicilia Barocca in 2014 and in the Sunhwa Arts High Schools dance competition in 2012. 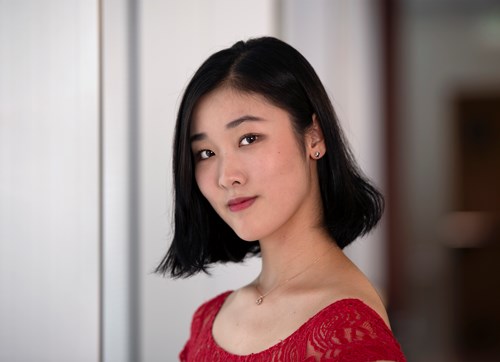