Catharina’s status as one of Norway’s most promising classical musicians and her appearances through Norwegian television and radio broadcast programs* has made her well known in her home country.

In 2012, Catharina was appointed as the youngest 1. Concertmaster of The Norwegian Opera and Ballet Orchestra.

She is the recipient of numerous awards, winning 1st prize in consecutive national violin competitions, The Norwegian Music Publishers’ Union “Prize of Honour”, and the “Karoline Prize” for high achievement in culture. Catharina is the youngest musician in Norway ever to be awarded the highly respected and prestigious Oslo City Artist Prize in 2004. International awards include Grand Prize and the “Best Artistic Performance” in the third International Gnessin Violin Competition in Moscow, Russia, and 2nd Prize at the Jeunesse Musicale International Violin Competition in Bucharest, Romania. She was selected to “New Masters On Tour” in Holland for 2011-2012 seasons.

With Chinese roots, Catharina has been active to combine and unify Norwegian and Chinese music. In 2007 she toured China with all-Grieg program in Shanghai, Hangzhou, Qingdao International Music Festival, soloed with Qingdao Symphony Orchestra and in Norway (Oslo, Stavanger, Stord and Bergen) with China National Chinese Orchestra with the program “Grieg dressed in Chinese Tone” and “Butterfly lovers” by He/Chen. She gave a world premier of “The Moon” written by Martin Romberg performed during Expo 2010 in Shanghai alongside a tour across China.

Born in 1985, Catharina began to play the violin at the age of 5 with her father. She later studied with Alf Richard Kraggerud and Stephan Barratt-Due at the renowned Barratt Due Institute of Music in Oslo and Professor Eduard Schmieder at the Southern Methodist University in Dallas and Temple University in Philadelphia where she finished her Artist Diploma and Master Degree. She has also worked with Professor Miriam Fried, Mauricio Fuks, Detlef Hahn, Camilla Wicks, Arve Tellefsen, Michael Tree, Martin Chalifour, Andrew Manze and the Emerson quartet.

In her native Norway, Catharina continues to be an attraction for the important musical and government occasions.  She recently took part in the prestigious “Intro Classical” program, a three-year program for introducing the highest level of young classical musicians, described as the toughest music competition in Norway.

Read more at her own webpage: http://www.catharinachen.net/ 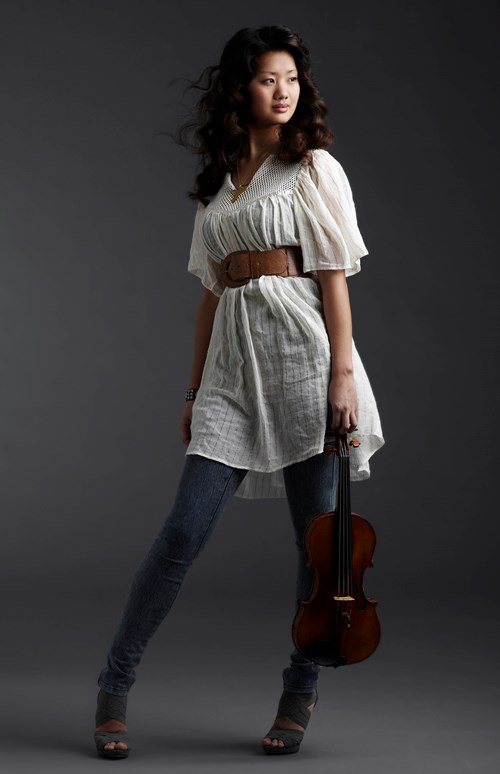